Let this serve as a public service announcement for criminals: be careful who you mess with. A trio of armed robbers recently learned this lesson the hard way. After storming into a Chevron station in Yuma, Arizona, a Marine veteran disarms an armed robber, heroically stopping the assailants in their tracks. And he did it with his bare hands. Ooh Rah. 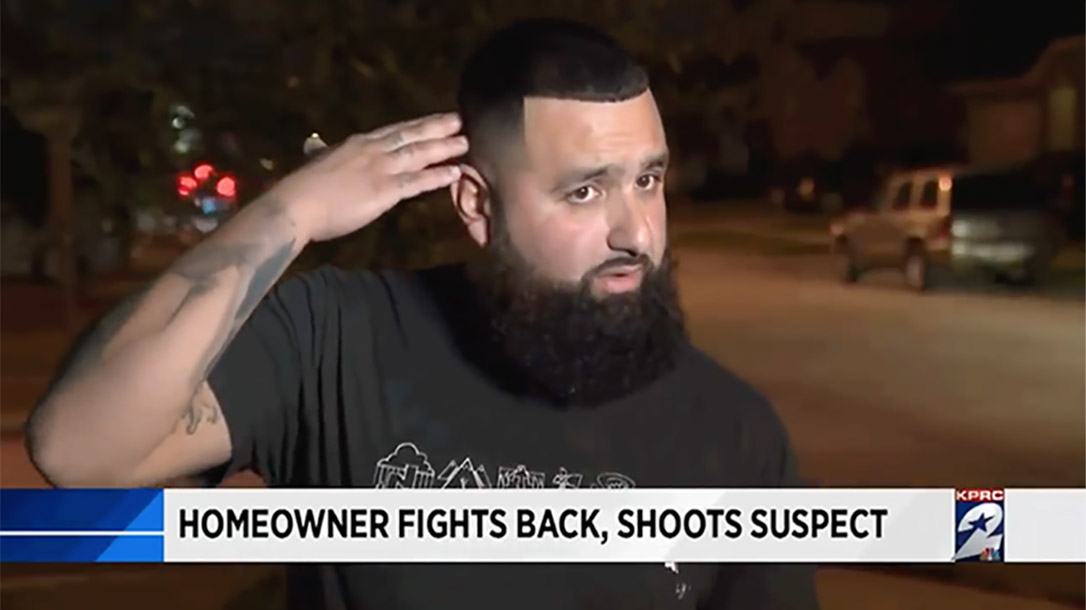 The incident took place Oct. 20 in the early morning hours. Security footage shows two masked men enter the store, while a third begins coming in the door as well. But before they could spring the trap on all those inside, our Marine hero jumped into action.

“Upon arrival, Deputies learned of three suspects entering the Chevron, one of them armed with a handgun,” reported the Yuma County Sheriff’s Office, according to Fox 10. “The armed suspect walked next to a store customer while pointing the weapon toward the cashier when the customer acted immediately and disarmed him.”

Footage shows the Marine vet turn casually, as the men enter. He immediately identifies the weapon as the lead assailant raises the pistol. Then the veteran quickly snatches the gun with his left hand. He proceeded to disarm the suspect, prompting the other two assailants to flee. The Marine then held the previously armed suspect until law enforcement arrived on the scene.

“When Deputies contacted the customer, who previously served in the United States Marine Corps, and asked how he was able to take control of the situation, he stated, ‘The Marine Corp taught me not to [mess] around,’” read a portion of the statement.

The suspect turned out to be a juvenile, and authorities booked him into the Yuma County Juvenile Justice Center, reported Fox 10. He faces charges of armed robbery and aggravated assault. Thanks to the quick actions of a hard-charging Marine, police reported no injuries.