Kyle Rittenhouse Found Not Guilty on All Charges in Kenosha Shootings

He sobbed. He shook. And appeared to nearly fall faint. The reaction spoke volumes as the verdict read Kyle Rittenhouse not guilty on all charges.

The gun world and 2nd Amendment advocates closely watched this case, and with good reason. Now after four days of deliberation, a jury found Rittenhouse not guilty. The jury ultimately signifying the young man justified in his use of lethal force to defend his life. 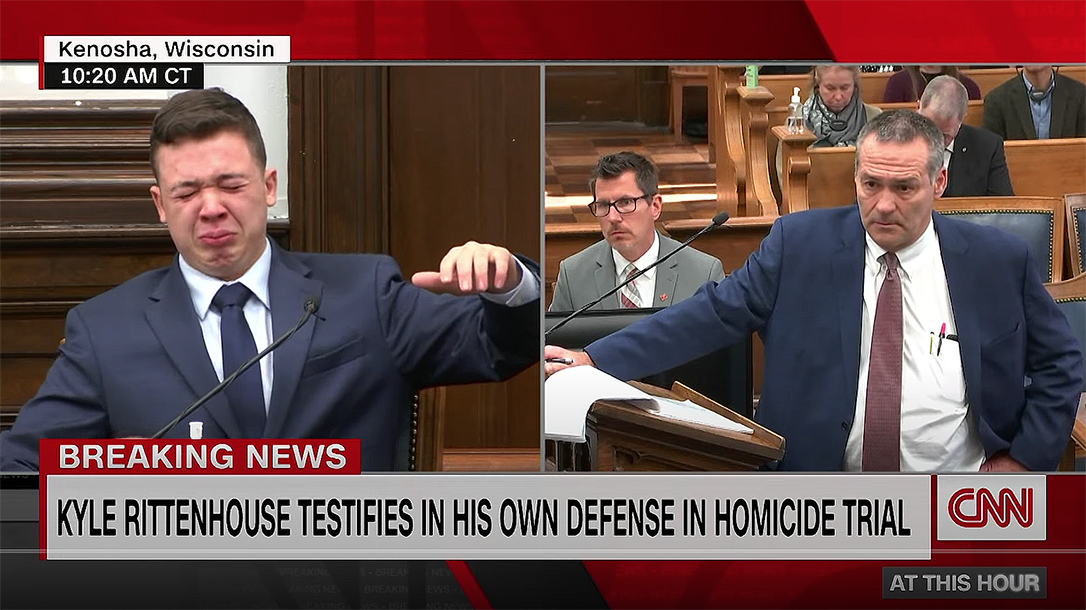 Kyle Rittenhouse Found Not Guilty on All Charges

The jury asked for additional information several times during deliberation. Requests included rewatching video footage of the shootings. Judge Bruce Schroeder praised the jury for their commitment, saying he “couldn’t have asked for a better jury,” reported CNN.

During the trial, many 2A advocates found the prosecution’s case lacking. The prosecutor seemingly displayed a weak knowledge of firearms and self-defense law. Meanwhile, Rittenhouse delivered compelling testimony on the witness stand.

In contemporary culture, the left constantly painted the case as proof against gun ownership, self-defense and claimed the entire incident an attack against the Black Lives Matter movement. But Rittenhouse’s actions and testimony countered those messages.

“I didn’t do anything wrong,” Rittenhouse testified, reported CNN. “I defended myself.” And the jury ultimately agreed.

The decision sets important precedence on gun ownership, self-defense, and our place in an ever-growing, violent society. While Defund Police movements continue limiting police response to crime, the Rittenhouse case shows citizens maintain a right to defend their communities and their own lives.

The defense attempted to blame Rittenhouse’s armed presence as the cause of the shootings.

But the decision says something else about what really happened in Kenosha. Racially-charged protests erupted into violence in the streets. Local law enforcement, whether prevented or incapable, failed to act. So the citizenry rose up to protect their businesses, the community, and themselves. And this all happened.

In the end, the right to self-defense had its day in court. And it won the day.