Los Angeles residents are living through a nightmare scenario. The local district attorney announced he’s releasing a 24-year-old convicted murderer after serving only six years of a 50-year sentence. Police are, at the same time, telling everyone, including would-be criminals, that they’re unable to quickly respond to calls for help. As a result, LAPD suggests that crime victims should just adopt a policy to “cooperate and comply” with the perpetrators. 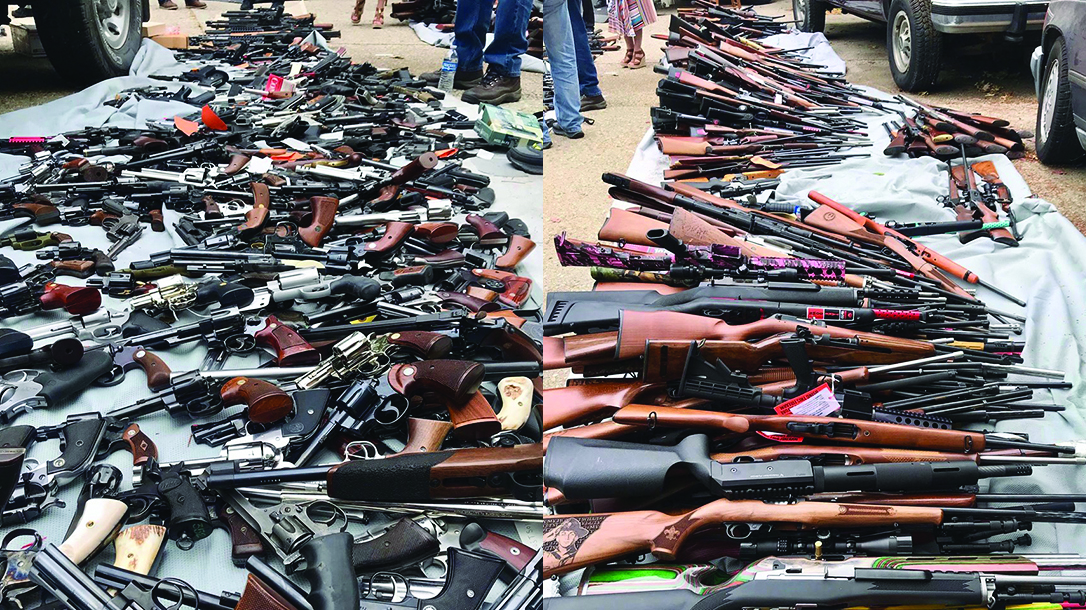 That’s on top of the fact that California has some of the strictest gun control laws in the nation. All obstacles to law-abiding citizens wanting to buy a firearm for protection.

The Los Angeles Police Department tweeted a warning that they’re in the midst of a surging crime wave. This includes the increase of so-called “follow-home” burglaries. That’s where a criminal watches their victim leave a store, follows them home then robs them. The paltry warning is frustrating for sure, but after caving to “defund the police” activists last year, the L.A. City Council voted 12-2 to cut $150 million from this year’s police budget. That’s reduced law enforcement and is resulting in public safety by press release.

“Due to an increase in violent street robberies, Robbery-Homicide Division has become aware of an ongoing crime trend of follow-home robberies,” an LAPD press release read. “If you are being robbed, do not resist the robbery suspects; cooperate and comply with their demands. Be a good witness.”

The release includes six more suggestions from LAPD for potential victims. All suggest the victims play nice with perpetrators or to change their behaviors while saying nothing about holding criminals to account.

The LAPD’s “cooperate and comply” release came on the heels of a separate recent announcement from Los Angeles County District Attorney George Gascon that has citizens fuming mad. Gascon used a “legal technicality” that will lead to the release of Andrew Cachu. Cachu is a convicted murderer and gang member with a 50 year prison sentence. This wasn’t a first-time surprise either. Immediately after Gascon took office as the new L.A. district attorney, he announced sweeping sentencing reforms. These reforms reduced the criminals’ sentences and infuriated the families of the victims of those violent crimes. Gascon’s campaign, it is worth noting, received funding by antigun billionaire George Soros.

“He’s running a social experiment that is dangerous for all of us because his whole goal is to release all these criminals out there in the street, and somehow they’re magically going to behave,” said Samuel Dordulian, an attorney representing several victims’ families.

The combination of lax sentencing reforms by DA Gascon that have led to violent criminals being released early and the LAPD telling crime victims to take it has Californians rightly worried about their safety and how to better protect themselves, since California seems to prefer decriminalizing crime and making it a crime to defend oneself.

California is among the strictest states when it comes to gun control. The state has imposed universal background checks on potential gun buyers since the 1990s. It has also imposed bans on Modern Sporting Rifles (MSRs), the most popular selling semiautomatic rifle in America. They have a 10-day waiting period and limits on the number of firearms a law-abiding Californian can purchase per month regardless of passing the National Instant Criminal Background Check System (NICS) check. The state has gun registration requirements, so-called “red flag” laws and bans on standard capacity magazines. California even has background checks on ammunition purchases.

On top of all those restrictions on their Constitutional rights, California is one of only a handful of “may issue” states where government bureaucrats get to decide whether an applicant has “good cause” to obtain a concealed carry permit, a system that is ripe for corruption.

Not every Californian is letting gun control politicians sway them from exercising Second Amendment rights. In 2019, 1.2 million Californians passed a NICS check to purchase a firearm. In 2020, that number jumped to 1.6 million, a sizeable percentage increase that matched the national trend of historic firearm sales. Already in 2021 more than 1.2 million Californians have passed a NICS check to buy a gun with two months to go before the end of the year.

Nikki Duncan, an African-American woman, described why the crime climate in California prompted her to purchase a firearm.

“We all want to be safe and if this is the way that you’re able to ensure your safety, you should definitely do it,” Duncan said, encouraging her friends to consider purchasing a firearm as well.

The Quiet Part Out Loud

California can’t have it both ways. The easy-on-crime, tough-on-rights message is no longer in the shadows. It’s literally being spread on social media by law enforcement.