Many may be surprised to hear that Savage Arms was once in the concealed carry pistol category. That would be because it has been over 100 years since they stopped making pistols to focus on rifles. However, since it was sold in 2019 Savage is making a return to its original “complete firearm company” commitment. In this case, Savage Arms releases the Stance Micro-Compact 9mm as its comeback CCW. 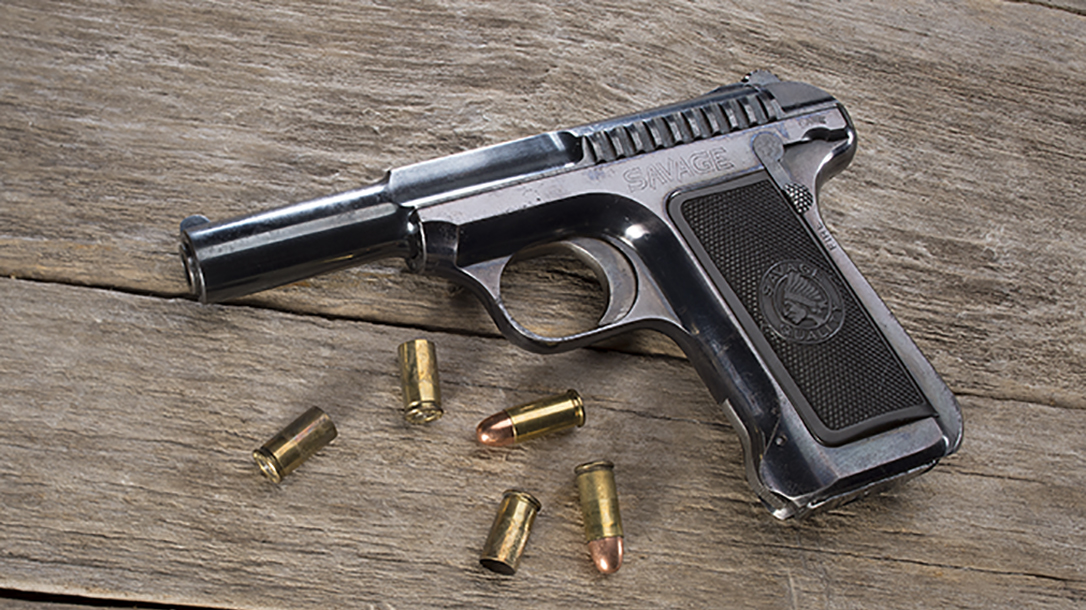 10 Shots Quick! Looking Back at the Savage 1907 Pocket Pistol

Building on a serialized chassis, the Stance has the flexibility for a variety of grip frames in three colors. As a result, you can remove the chassis and switch grip frames between black, gray, or FDE (Flat Dark Earth). The takedown lever also helps to easily switch the grip frame without the need for a trigger pull or tools.

Riding atop the grip frame is a stainless-steel slide with melonite finish for corrosion resistance. In addition, beveling at the front of the slide provides easier holstering, while front and rear serrations offer easy manipulation. Chambered for 9mm, the 3.2-inch stainless steel barrel is ideal for concealed carry and self-defense.

The short, crisp trigger with short reset and wide, well-rounded face sends rounds downrange from the available 7, 8, or 10 round single-stack magazine. With a focus on self-defense, the Stance is available with snag-free standard or night sights, as well as a version with an installed Viridian E-Series Red Laser. The Stance is also available with or without ambidextrous manual safety.

“Stance is another momentous milestone for Savage,” Jessica Treglia, Sr. Brand Manager at Savage Arms added. “While this isn’t Savage’s first concealed carry pistol, and certainly not our first handgun, it has been more than a century since we focused on compact pistols purpose-built for [everyday] carry. Stance is the first in a new series of handguns that will meet the accuracy and reliability standards that our customers expect, and a further demonstration of Savage’s commitment to build the best, most complete line of American made firearms.”

The Savage Arms Stance Micro-Compact 9mm is available now, with an MSRP of $479.00 – $561.00, depending on options. For more info, please visit SavageArms.com.