Following a request from a European police unit, B&T USA set to work on the SPC9 series. As a result, comes a series of carbines with a familiar feel and operation. Starting with five models, ranging from personal defense to operational, more will be released later in the year. 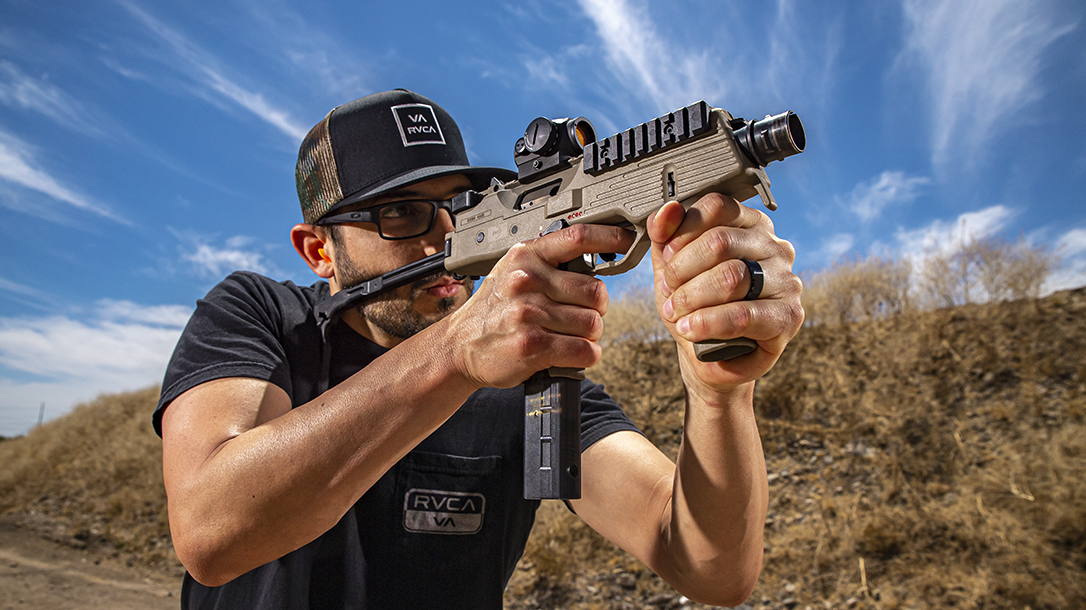 Combining many features found on the B&T APC9, MP5, and AR platforms, the SPC9 is the example of versatility. As a result, it’s not only a familiar experience but one of the lightest recoiling 9mm carbines, according to the company. This is because of B&T’s innovative and effective hydraulic buffer system.

Running the full top of the upper receiver on all models is a NAR (NATO Accessory Rail) system. Likewise, it also runs along the length of the bottom of the handguard. Additionally, the sides of the handguard feature M-LOK slots. As a result, you can add optics, lights, and additional accessories for enhanced performance.

Chambered in 9mm, the lower receiver comes in your choice of three different options. Although it ships standard ready to accept B&T polymer magazines you can select one of two other options. One configuration accepts Glock magazines (down to the smallest 10-round mag) while the other accepts SIG 320 (or US M17/M19) magazines.

The SPC9 and SPC9 PDW feature a 3-lug barrel attachment for attaching a suppressor or muzzle brake. However, the SPC9 PDW SD and SPC9 SD include integrated suppressor attachments. The unique thing about the SPC9 is its dual charging handles. One is an AR-style handle while the other is a non-reciprocating, foldable handle above the barrel. Both systems are ambidextrous.

The SPC9 ships with an Aimpoint T-Series optic on a 39mm riser and mount. Similarly, the flip-up iron sights co-witness with the mounted red dot.

“As is the case with virtually every product B&T develops, the SPC9 was created because a professional entity asked us to do it” said Jon Scott, Vice President of Sales, B&T USA. “B&T developed the SPC9-series at the request of a European Police Unit, who immediately adopted it in large numbers. Since that time, several variants have been developed to meet other needs and B&T USA will be offering five variations, to start. Those are inclusive of a 4.5-inch barreled PDW, integrally suppressed PDW-SD, 9-inch Standard, integrally suppressed Standard SD and a 16-inch carbine slated for later in the year.”

The B&T USA SPC9 Series is available now, with MSRPs varying based on model and options. For more info, please visit BT-USA.com.

CZ USA Overhauls the Scorpion with the 3+ Micro Pistol