It was the marketing team at Federal who first noticed it. There was a large and exploitable gap between the .380 ACP cartridge and the 9mm cartridge. The 9mm continues to enjoy the popularity of being the most popular cartridge for concealed carry handguns. However, Federal’s team knew that if they split the difference—ballistics-wise—between the two cartridges they’d have something to entice the concealed carry crowd. This was the beginning of what would become Federal’s brand new 30 Super Carry cartridge. 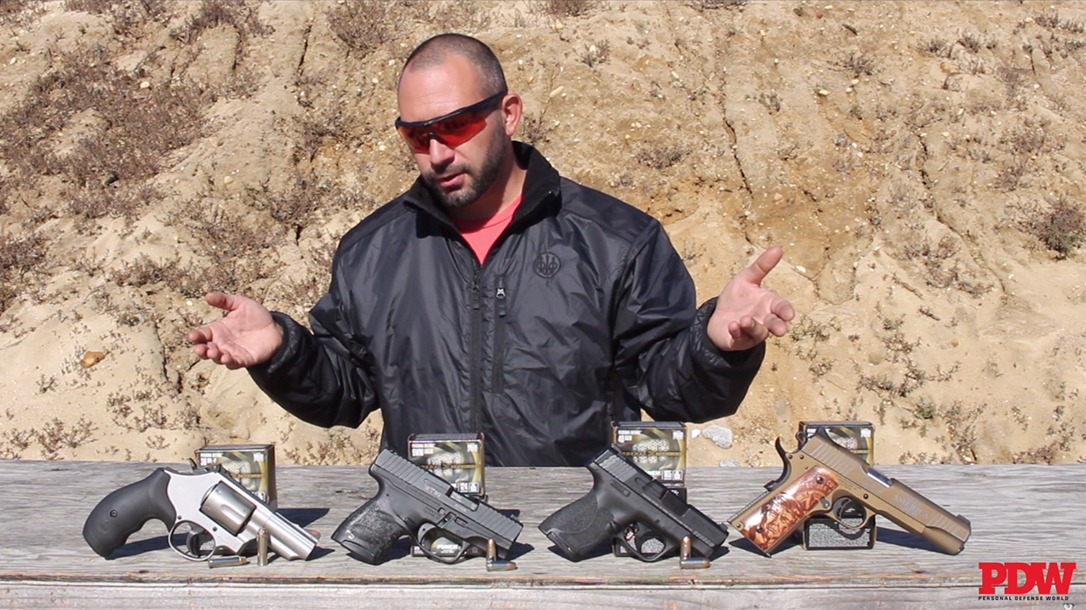 I first learned of Federal’s secret project in early October at Athlon’s Rendezvous. This get-together, sponsored by my publisher, brings in more than 30 different firearms, optics, and ammunition manufacturers for some uninhibited face time with their top content creators.

One of my editors pulled me aside during the morning’s safety brief on the second day of our three-day event. “We’re meeting with Federal and Nighthawk after our range session is over, before dinner. Don’t say anything to anyone! Do you understand? This is top secret!”

With my curiosity piqued I wondered for the rest of the day what the secrecy was all about. At the meeting only one other writer was present. Also in the room were my editors, the group publisher, and the owner of Athlon. Mark and Landon Stone from Nighthawk Custom were there, as was their CEO, Nelson Davis.

But the star of this gathering was J.J. Reich from Vista Outdoors. Vista Outdoors is a conglomerate that owns Federal, CCI, Speer, and Remington Ammunition companies. He was able to give us an enthusiastic, quick, and dirty introduction to the 30 Super Carry.

J.J. Reich Reveals the Purpose of the Meeting

“Federal ballisticians, as well as the marketing team, thought if they could create a cartridge with performance halfway between the .380 ACP and the 9mm it would make a very sellable round. Once they started development of the cartridge, they found that they weren’t just able to hit the midway mark—they were able to equal and, in some cases, surpass the 9mm’s performance.” …

Read the full story about the Federal 30 Super Carry in Tactical Life March/April 2022 AND Ballistic February/March. Subscription is available in print and digital editions at OutdoorGroupStore.com. Or call 1-800-284-5668, or email subscriptions@athlonmediagroup.com.