With the dramatic rise in school shootings in recent years, it has become a hot-button topic. A society that does not protect its children is doomed for extinction. We recently covered the discussion of whether teachers should carry in the classroom. However, we also wanted to delve a little deeper into the topic of how to prevent school shootings overall. 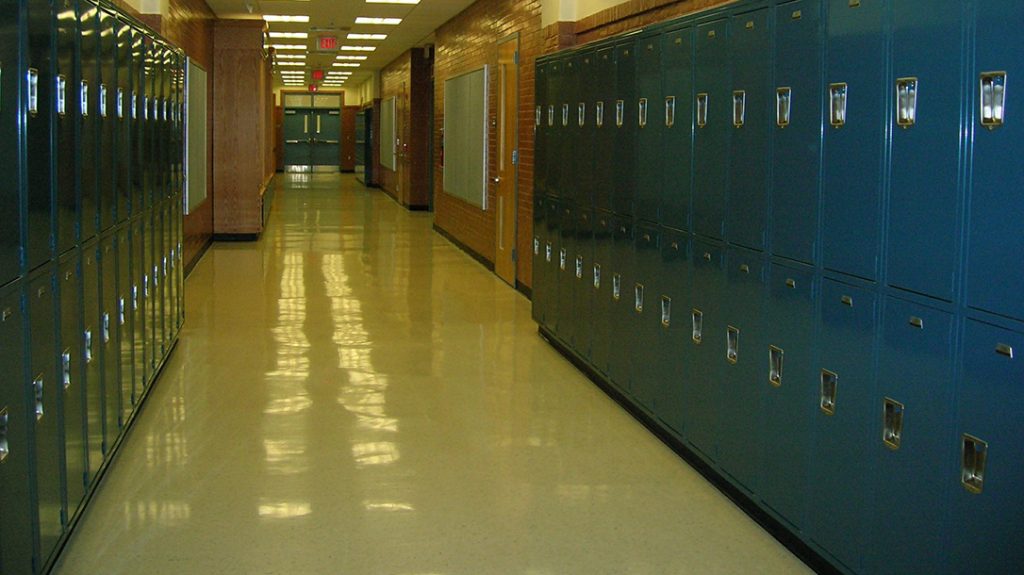 How to Prevent School Shootings: A Discussion

As we mentioned in the previous story about arming teachers, something has changed to cause spikes in school shootings. There are many theories, such as violent videos games/movies, removing the Bible from school, increased bullying, and overcrowded classrooms. However, pinpointing the exact cause is difficult, because there are so many variables. It is most likely not due to any single factor and could be a culmination of a lot of things. But one question remains, how do we prevent them?

We recently turned that question over to you on Facebook and received a lot of comments and spirited debate.

It Starts at Home

A common theme resonated throughout the comments, in that it all starts in the home. Furthermore, we have gotten away from what it means to be parents and focused on befriending our children. For example, have we abandoned discipline for favor?

One reader sure thinks so, “School shootings weren’t a thing in the [’80s], ass whippings were. When one went away, the other showed up. We’re parents, not friends.”

A commenter posits that maybe people don’t know how to parent anymore, stating, “Prevent? That has to start with parents. One thing that is never taught is how to be a parent. Not everyone who is a parent knows how to do it right, not everyone figures it out before it’s too late. The people who commit these shootings were first messed up by something their parents did or did not do.”

They continue, “Maybe the better question is how to stop the shootings. It’s no coincidence that these psycho shooters target places where guns are not allowed. You notice there are never any mass shootings at gun shows or NRA conventions.”

Could it be simply getting back to a moral compass that has guided this country well for almost 250 years?

“No way to 100% prevent them. But we have to start with our parents and teachers holding our kids responsible for their actions when they are young. Reduce bullying in school, more therapy for the troubled. Mainly bring back God to our classrooms and show our youth more love,” suggests a reader.

Some believe that it should not only start at home but stay at home, with two commenters simply stating:

Comparatively, as with the previous discussion on arming teachers, many look to armed security in the schools.

One reader suggests that the ideas presented are fine but ineffective without an armed presence, “[There] are certainly political/futuristic/theoretical ideas. [Thank] you for all those. [But] if you wish to protect children right NOW, there is really only one way. [The] rest are maybe’s and ‘we should.’ [Without] armed security, you/we/kids are vulnerable.”

“If they can supply [iPads] to every student in a school they can have armed security for every school. Could even start a military retiree program,” suggests one reader regarding budget concerns.

Similarly, one commenter has a solution that addresses two serious problems, “Vets who completed a tour of duty can be stationed at schools as a security job.”

Another person also addresses the hypocrisy found within our political system, “Put the same security on the schools that the private schools have – the ones the politicians send their kids to.”

Along with parents taking the reins at home, people additionally want to see some form of security.

Years ago, firearm safety was taught in school. As a result, kids knew how to safely handle firearms and how to be responsible with them. However, the presence of firearms in the school did not lead to mass shootings. Rather, they were almost unheard of.

Maybe it isn’t just the firearm safety aspect but also the mental health that needs attention. As one reader puts it, “The obvious is training children and adults about guns and gun safety, etc. The other pieces of the pie are family participation in students’ lives, mental health, counseling, and social media. We have to identify troubled students and get them help.”

Although, as one reader points out, maybe it is a combination of training and other things, “Dial back and monitor [kids’] social media access. Know your kids. Teach your kids firearms safety and how to shoot. Bring back shooting sports in schools. Allow school employees to be trained and certified to carry, especially if they’re vets. Encourage sports and [extracurriculars].”

One person takes it a step further and advocates for common-sense measures like securing your firearm. They state, “I’m [pro-gun] and own guns myself but school shootings can be prevented by not letting your [15-year-old] have access to a pistol until they are of the legal age to own one. The Crumbleys were negligent and should have had the gun locked in a safe at home with only them having access to the entry code. Or the one it was registered to should have had the gun on their person. Not left at home for the kid to take to school.”

If you have looked at any of the video games lately you might have noticed the realism. Not to mention, they are very graphic and reward indiscriminate killing. The same is also true in today’s PG-rated movies that would be rated R in the past. Likewise, making school shooters famous is an allure to young minds that feed off celebrity culture. Although kids want to act like they just want to be left alone, no one dies their hair neon pink or green because they don’t want to be noticed.

“Completely stop putting this stuff in the news. Copycats everywhere. Was no such thing when I was a kid in school,” states one reader succinctly.

Likewise, one reader advocates for the removal of violent video games, “Stop PROGRAMMING our kids with ‘shoot, murder, kill’ video games their entire lives! Kids are stupid, they can’t separate fantasy from reality, and when one of these kids has mental/emotional problems ‘BLAM’, people die!”

Perhaps not the most conducive to a focused learning environment, is it time to consider locking the schools down? Some think that might be the answer:

“Metal detectors at all entrances, no backpacks, no lockers (keep books in the classroom or make them available online only), every teacher trained and licensed to carry in every classroom.

“But we all know the last one will never happen because most teachers will say their job is to teach not to carry a firearm and protect. Some will welcome the challenge, but most will not step up.”

When the topic of mass shootings of any kind comes up, the logic of removing gun-free zones is mentioned. As the old saying goes, “The only way to stop a bad guy with a gun is with a good guy with a gun.”

For one reader the choice couldn’t be clearer, “Easy: lift the restrictions on responsible, law-abiding gun owners that prevent them from exercising their rights to keep and bear arms in schools. Get rid of the ‘gun-[free] zones’ so those that want to be able to protect themselves are able to. If staff and faculty can be armed to protect themselves and their students, school shootings will be stopped in the early stages before body counts climb.

They continue, “There is no way to completely prevent violent criminals from committing their acts against others[.] [But] they can be stopped much sooner if we the people aren’t restricted in our [self-defense] options.”

Another commenter replied, “[The] school my children go to and the one me and my wife work at that my stepchildren go to already do all of this. So far working perfectly.”

An A for Creativity

Although there are a lot of good ideas to address the issue, sometimes you just need to get creative. For example, one reader has an idea that might make some rethink things a bit:

“Bring back dueling. Bullies might back off[.] [But] if not, there would be less collateral damage.”