It’s been said that the definition of insanity is doing the same thing over and over and expecting different results. As we recently reported, twelve Democrat-run cities have broken their homicide records. Of course, the thing they all have in common is strict gun control measures. And now, we see another example of reality butting heads with fallacy as New York pushes for more gun control. 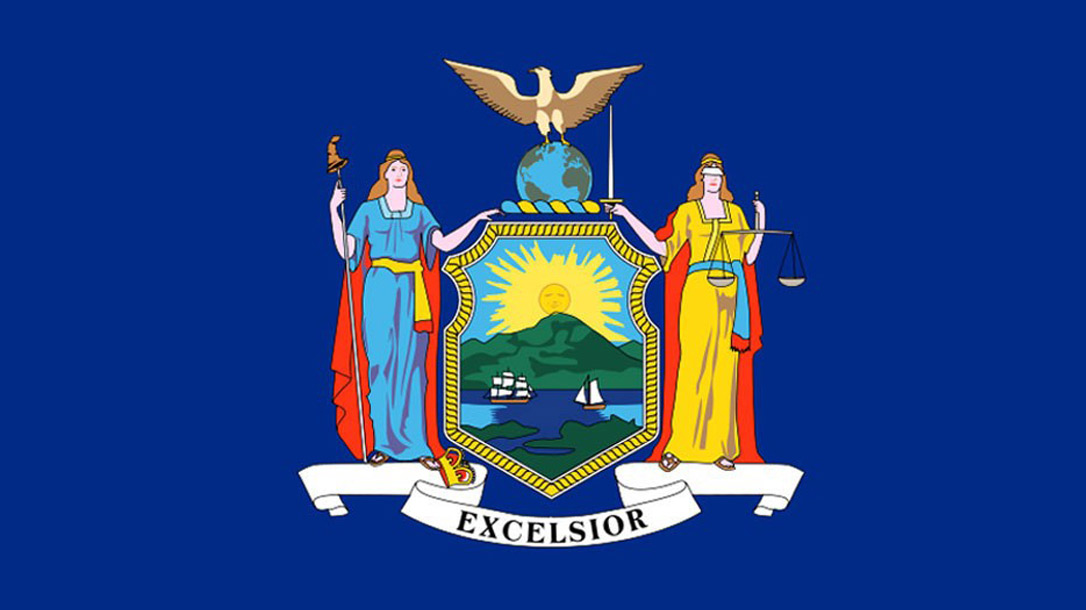 No one can argue that New York isn’t one of the most gun restrictive states in the union. However, that hasn’t stopped the rise in gun violence in the troubled state. To clarify, January isn’t even over and there have already been 5 NYPD officers shot. Between the calls to defund the police and the rise in violent crimes, it is not a good time to be in law enforcement in New York.

And now, following the tragic shooting of two NYP officers, one fatally, New York plans to do what they have been doing. Only, maybe they plan to do it harder now? I’m really not sure what logic they are applying. But one thing is clear, both the governor and mayor are still blaming the weapon without addressing the wielder.

According to a CBS New York report, the suspect “had one prior arrest in New York City for a felony conviction of narcotics in 2003. He was on probation.

“He also had four prior arrests outside of New York City for various charges including assault on a police officer and weapons possession.”

It is already illegal for a convicted felon to be in possession of a firearm. Not to mention, he was currently on parole. Another violation of current laws. However, that did not stop the mayor from insinuating that more laws will fix the problem.

Others Are to Blame, We Need More Laws

Did you see it? Now it’s D.C.’s fault that his city is riddled with gun violence. He makes no mention of the fact that he is only prosecuting gun crimes as misdemeanors. He also makes sure to blame guns coming into the city. As if his utopia is surrounded by lawless wild west hellscapes that are bleeding over into his serene dream state. However, considering New York borders Pennsylvania, another Democrat-run state with record violent crime, he may be on to something.

Of course, the governor got in on the act too. In a recent statement, Governor Hochul said, “We must urgently confront the plague of gun violence in our state. Too many lives are being lost, and too many New Yorkers are living in fear. This is a crisis. That’s why earlier today, I extended an Executive Order declaring a gun violence State of Emergency. In the Executive Budget I released earlier this week, I put forward a plan to triple resources for our gun interdiction efforts, so that we stop the flow of illegal guns into our state, and also triple resources for violence interrupter programs to address the root causes of violence.”

If we have learned anything over the last two years, “state of emergency” is how Democrats usurp citizens’ rights.

Immediately following the incident, Governor Hochul took to Twitter to blame the gun and triple down on gun-control rhetoric:

Again, not one word about the suspect or his record. It was an illegal gun that shot the officers. Which begs the question, where are all of these magic guns coming from? And why is it only criminals that seem to be able to find them?

Must Be the High-Capacity Magazine

And NYPD News was quick to lend credence to the high-capacity narrative with the following tweet:

However, none of this takes into account the statements from neighbors in the CBS News report.

“Around 10 or 15 shots came from behind my building, which is, I’m not going to say not normal, but it’s the occurrence here in Harlem. It’s been getting bad over the last year or so,” said one neighbor. “I thought they were fireworks.”

Another added, “Around 10 to 15 shots, like rapid fire. I thought they were fireworks, then I’m like, nobody does fireworks in January.”

Granted, the magazine in the photo is definitely high capacity, but it made no difference. He didn’t even shoot as many rounds as is considered a standard capacity magazine in most of the U.S.

Whatever the case, New York’s leadership refuses to look into the actual causes of gun violence. Instead, they just want to keep pushing more and more gun control. Even as the current gun-control measures continue to fail in epic fashion.

As people leave the state in record numbers, it might be time for all law-abiding citizens to follow suit. It’s clear that it’s not going to get better.