You may remember our recent story on parrying the jab and be noticing a theme: the jab is pretty common. Not to mention, it can be hard to deal with, because there is little projection, and it comes fast. For that reason, it’s important that your training not only includes how to parry but how to slip a jab. With enough practice, you can begin to put them together for an effective defensive toolset. 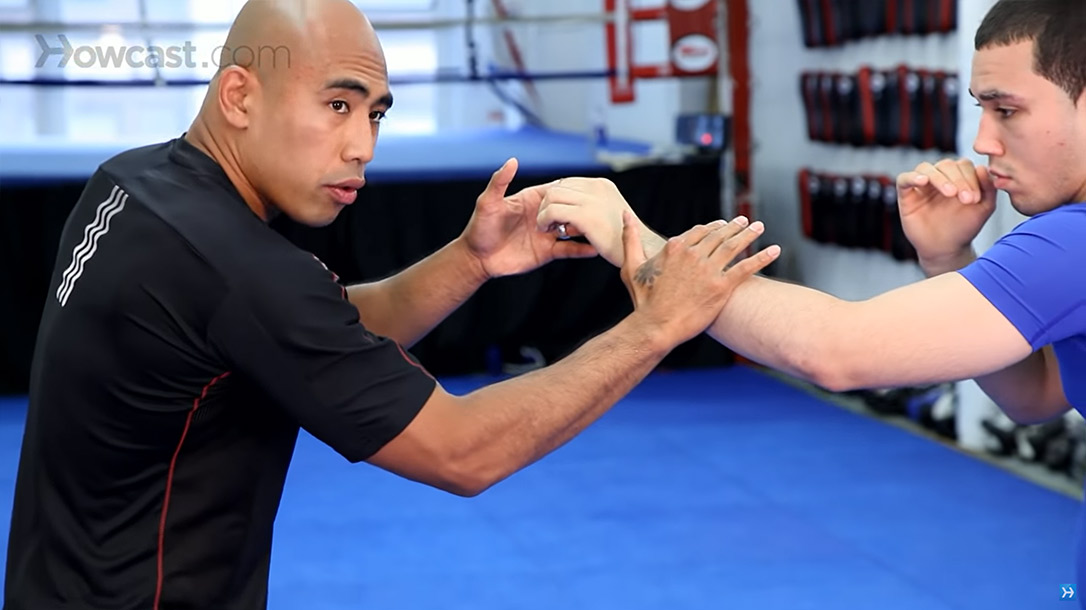 Learn the Training Method to Slip the Jab

The first step is to set up your training environment. One of the beauties of most boxing training aids is that they are typically very simple. In like manner, setting up a slip rope is equally easy and affordable.

Simply take a rope and connect it to two points across from each other at approximately shoulder height. Thus, when you stand up, your shoulder should be touching it and even pushing it up slightly. The length of the rope should be however long you can make it, within reason. Specifically, you want to have enough room to move while you train.

Much like parrying the jab, slipping the jab not only deals with the fast punch but sets you up for a counter. As with the parry, it is important to keep your hands up. However, you don’t need to have them glued to your face. You just want them high enough that you can get them up quickly or easily launch a counter punch.

Once in position, imagine the jab is following the line of the rope and move your head under the rope to the opposite side. As you are doing so, do not bow under the rope but perform more of a squat. There are two very important reasons for this. First, if you are bowing your head down you cannot maintain visual contact with the attacker. Second, you will be moving your head into range for a worse strike. With this in mind, always keep your head as straight as possible and keep your eyes on the attacker. And bend the knees.

As you slip the jab, you want to point your shoulder at the attacker. So, if your left shoulder is forward when you start, your right shoulder should be forward on the other side of the rope. As a result, you are setting yourself up to perform a counter punch.

Once you are comfortable with the basic mechanics of it, go ahead and start throwing in footwork. Specifically, as you move under the rope, take a step forward with your lead leg and slide the rear leg up. When resetting to the original side of the rope, take lateral steps with each leg. Keep doing this until you reach the end of the rope. Similarly, once you are at the end, move backward by stepping your rear leg back and then slide the lead leg back.

Finally, when you are comfortable with all of the movements, start throwing in punches. For example, you can slip jab, slip cross, slip jab, slip uppercut, slip hook, slip body shot, etc. There is a reason that I call slipping the jab an evasive measure, as opposed to a defensive measure. When done right, you can also turn it into an offensive countermeasure. So, it is more than just defense but an offensive play as well.