Real Talk: How Many Warnings Do You Give About Unsafe Gun Handling?

In a recent article on our partner site BallisticMag.com, Fred Mastison discusses friends who refuse to practice good gun safety. We decided to take it a step further and open it up to anyone you shoot with who exhibits unsafe gun handling. Whether it’s a friend or student, we asked you the reader, on social media, how long you allow this behavior. Do you give warnings and use it as a teaching moment? Or do you shut it down immediately? 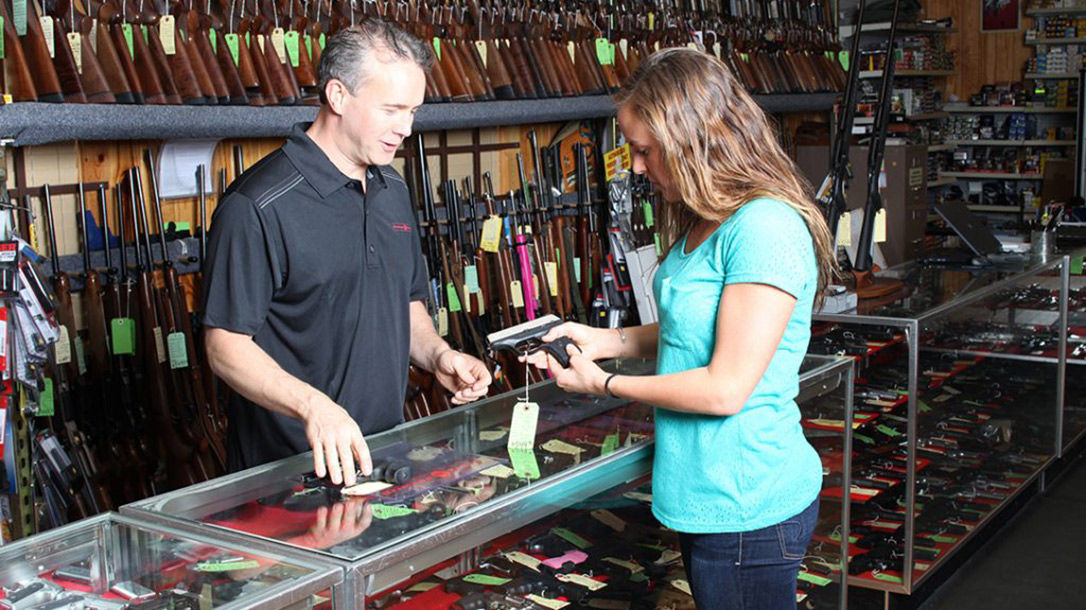 How Many Warnings Do You Give for Unsafe Gun Handling?

I’ll admit, for me this really is a scenario-based topic. On one hand, if you have a friend who is always completely irresponsible at the range it might be time to cut them loose. Especially when they regularly pronounce themselves an expert. However, if you are actively teaching someone to shoot, it might be a good time for a learning moment.

On the other hand, if you are teaching someone, you have probably already gone over the rules of safe gun handling. So, it then depends on whether they just ignored you or made a simple mistake. After all, for people who don’t regularly handle a deadly instrument, the rules can be a lot to process all at once. But is that a legitimate excuse? Or should you demand that their focus match the severity and intensity of the subject matter?

We turned it over to you in our recent Real Talk on Facebook to opine.

Part of the Learning Process

It would appear that there are some among our readers who opt for a more lenient, teachable approach. Although, even with a focus on tutelage, there are still boundaries.

One reader takes it on a case-by-case basis, stating, “Depends on how unsafe they are being. Some things are zero tolerance. Some are several reminders[.]”

“Person/age dependent, but more than twice and you are a no go at this station,” says one commenter.

Even in a training scenario, how much tolerance should you show? And does it allow the establishment of long-lasting bad habits? This is the premise of one poster’s feedback:

“Really depends on their reception to being corrected and their sincerity when they know they F’ed up. Perfection is impossible, but constant negligence [cannot] be tolerated or else it becomes the ‘new normal.'”

“It’s obvious that most people replying have never trained anyone on weapons handling or safe live training. Either that or they just want to sound tough for whatever reason,” says one reader standing on the side of patience.

Another aspect of the equation is good old tough love. Imagine heading to the range with John Wayne. There probably wouldn’t be much room for mistakes. But that just might be the kind of thing that some need to really get it to sink in. When the situation feels dire, you tend to take it more seriously.

“One warning. After that they go,” says one reader.

Still another is not afraid to call it what it is, “They get one warning. Any subsequent stupidity is grounds for immediate dismissal…”

However, some understand that people make mistakes, none of us is infallible. As one reader points out, most find themselves doing something unsafe, but a stern approach can help clean it up:

“This is a great topic! I try to be friendly but very stern and give them a few chances depending on what they do. I bet 9 out of ten people do something not safe, usually pointing the muzzle at people!”

Some Are Not So Forgiving

Shooting a firearm is a very serious thing and should be handled as such. One mistake, the wrong mistake, could end someone’s life. For this reason, there are some that have a strict “no tolerance” approach to mistakes at the range. To this point, many were very succinct in their answers, which were echoed by quite a few:

“I don’t give warnings.”

Is it a Pervasive Problem?

The real question is, is unsafe gun handling pervasive in our society? Have videos of people calling themselves experts, yet being unsafe with firearms, done more harm than good? Are video games desensitizing our youth to the seriousness of gun handling and safety? Even worse, is law enforcement even culpable of not taking firearm safety seriously?

One reader is not impressed with some firearm websites, “There are many firearms websites with videos of people acting like weapons are toys.”

Likewise, another calls out law enforcement for unsafe gun handling, “Every quarter until they retire. Unfortunately[,] I couldn’t fire the federal LEOs I trained. *shrug*”

Regardless of where you stand on the issue, safe gun handling is paramount. It is clear that this isn’t a cut-and-dried topic. Sometimes it really does depend on the situation. A friend who should know better but continues to put people at risk is not a good range friend. But someone who is just learning and might be a little nervous might just need some encouragement and direction.

Remember, in a training scenario, it is up to you to set the tone. A relaxed and confident student is more likely to retain the safety instructions than a nervous and intimidated one. Ensure that they take it seriously but also create an environment that is conducive to learning.

Wherever you lie on the issue, this is never the answer:

“One “warning” shot in their foot usually does the trick.”