Are we even surprised anymore? As the sitting President of the United States delivers his State of the Union address, the world burns around him. However, little was mentioned about rising inflation, border crisis, China, and rampant crime in Democrat-run cities. To be fair, Biden did address crime in his SOTU but it was only to frame more gun control efforts. 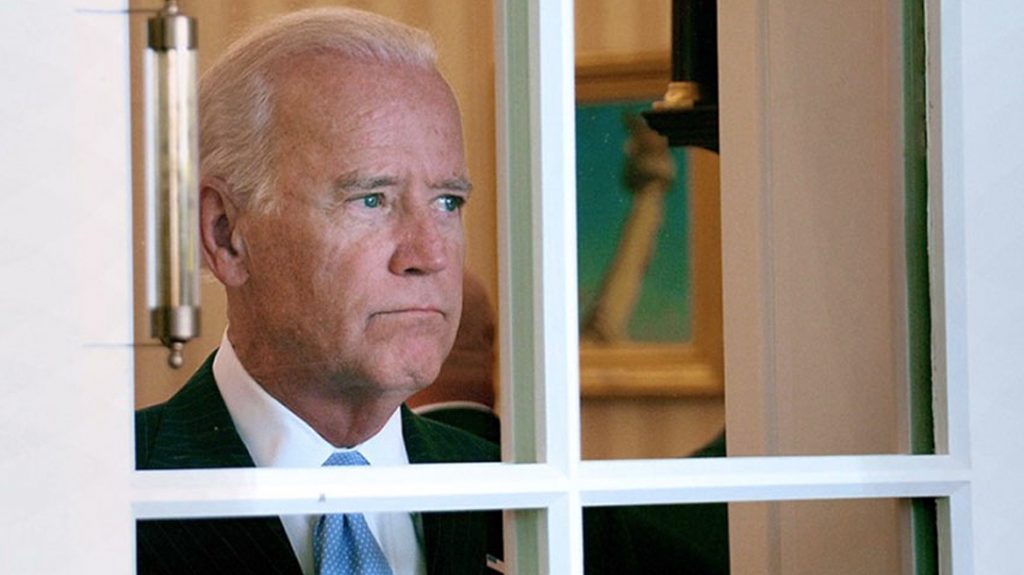 President Biden continues to signal how clueless he is about what the American people want. As violent crime increases at alarming rates in Democrat-run cities, Biden mentioned the word “crime” 3 times last night. Once regarding Russia, once regarding hate crimes against Asian Americans, and finally once about crime in America.

Likewise, he only mentioned “violence” 7 times (with one mention of “violent” in reference to Russia). Two of those times were during an effort to walk back the unpopular “defund the police” movement and call for funding the police. An effort now echoed by the same Democrats who originally defunded the police but now want us to forget that. And, as I’m sure you have guessed, one mention was in relation to gun violence, setting up his push for more gun control.

Basically, the entire thing was a disingenuous mess, and I am here to unravel it for you.

Although Biden spent little time on the topic of gun control, his bumbling efforts spoke volumes. We’ll just take it a piece at a time.

His first target is “ghost guns,” stating, “And we’ll do everything in my power to crack down on gun trafficking of ghost guns that you can buy online, assemble at home. No serial numbers. Can’t be traced.”

As we reported, the ATF states that only a limited number of 3D-printed guns have been used in crimes. This is hardly the plague we are made to believe it is.

Also, according to the Washington Times, “A 2019 Justice Department study found that 43% of criminals purchased their weapons on the black market, but none made their weapons at home.”

If you ask me, the only thing that scares them about “ghost guns” is that they are not registered. Democrats love having their political opponents on lists. This brings us to the next item on his gun control list, universal background checks.

“I ask Congress to pass proven measures to reduce gun violence. Pass universal background checks. Why should anyone on the terrorist list be able to purchase a weapon?” he asks. “Why? Why?”

This entire portion of his address is complete hyperbole. In case he is unaware, the Brady Act would prevent someone on the terrorist watch list from purchasing a firearm. You cannot go into a gun store or gun show and purchase a firearm without passing a NICS background check.

According to NSSF, “Universal background checks are unenforceable without mandatory registration – which is illegal under the 1986 Gun Control Act and 1993 Brady Act.”

Not to mention, universal background checks still wouldn’t deter people on the terror watch list because they would get them illegally.

The NSSF goes on to say, “Universal background checks would not address the problem of the main source of crime guns: the black market.”

Universal background checks would target only one class of people—law-abiding gun owners. But I suppose it isn’t surprising that Democrats overlook violent criminals and target law-abiding citizens. They’ve been doing it for years.

He goes on to state, “Folks, ban assault weapons with high-capacity magazines that hold up to 100 rounds. You think the deer are wearing Kevlar vests?”

I’m not sure what kind of hunting party Democrats are used to that require a “well regulated militia,” but it sounds wild. And what are they hunting that is a threat to the “security of a free state”?

They keep trying to gaslight people into believing that the 2A has something to do with hunting. And in a way they are right. Our founding fathers went on a hunting expedition for tyrants who wanted to subjugate them. So, there was that.

“Look, repeal the liability shield that makes gun manufacturers the only industry in America that can’t be sued. The only one. Imagine had we done that with the tobacco manufacturers,” continued Biden.

Am I the only one who remembers what happened to Remington?

Of course, he is probably talking about the Protection of Lawful Commerce in Arms Act (PLCAA). However, this only protects gun manufacturers from frivolous lawsuits involving legally manufactured and legally sold firearms.

According to GovTrack.us, “The Protection of Lawful Commerce in Arms Act (PLCAA) is a United States law which protects firearms manufacturers and dealers from being held liable when crimes have been committed with their products. However, both manufacturers and dealers can still be held liable for damages resulting from defective products, breach of contract, criminal misconduct, and other actions for which they are directly responsible in much the same manner that any U.S.-based manufacturer of consumer products is held responsible. They may also be held liable for negligent entrustment when they have reason to know a gun is intended for use in a crime.”

It is clear that gun manufacturers can be held liable if they are in fact liable. There is no immunity or shield. It is just more hyperbole from the Democrats.

I’m still here waiting for them to call out automobile manufacturers for all of the deaths related to drunk driving.

As is typical, Biden finishes this segment of his address with an emotional plea that we abandon all common sense. If only we would ignore the clear evidence and get emotional about this, we could save lives. If we can save only one life, it would be worth giving up our rights.

He finishes, “These laws don’t infringe on the Second Amendment. They save lives.”

Whether or not gun control laws save lives, the ladies at the DC Project have a word or two about that.

Even USA Today had to admit, “Nearly 90% of police agree that mass shootings would be ‘reduced’ or ‘avoided altogether’ by the presence of legally armed citizens.”

They go on to say, “We know, because of research directed by the Centers for Disease Control and Prevention, that guns are used 16 to 100 times more often to protect life than to take life. That means there are a whole lot more “guns save lives stories” not being reported by USA TODAY.”

Perhaps the most surprising thing about his push for more gun control is how unpopular it is becoming among Democrats. Well, maybe “unpopular” isn’t the word I am looking for. “Toxic” might be a better characterization.

They love gun control but know it is very bad for them in the coming midterms. But this is what to expect when you are governed by people with the moral compass of a windsock.

In the words of the venerable Benjamin Franklin, “Those who would give up essential Liberty, to purchase a little temporary Safety, deserve neither Liberty nor Safety.”