I remember a time when we went outside and rode our bikes, hiked, played ball, etc., and weren’t worried about instant fame. It seems that along with the wealth of information the internet provides, it also flushes out the narcissists. Everyone is bound and determined to be the next social media star, and sites like TikTok are only bolstering that. And now police are warning about the next dangerous TikTok challenge, the Orbeez challenge, and unsuspecting people are getting hurt. 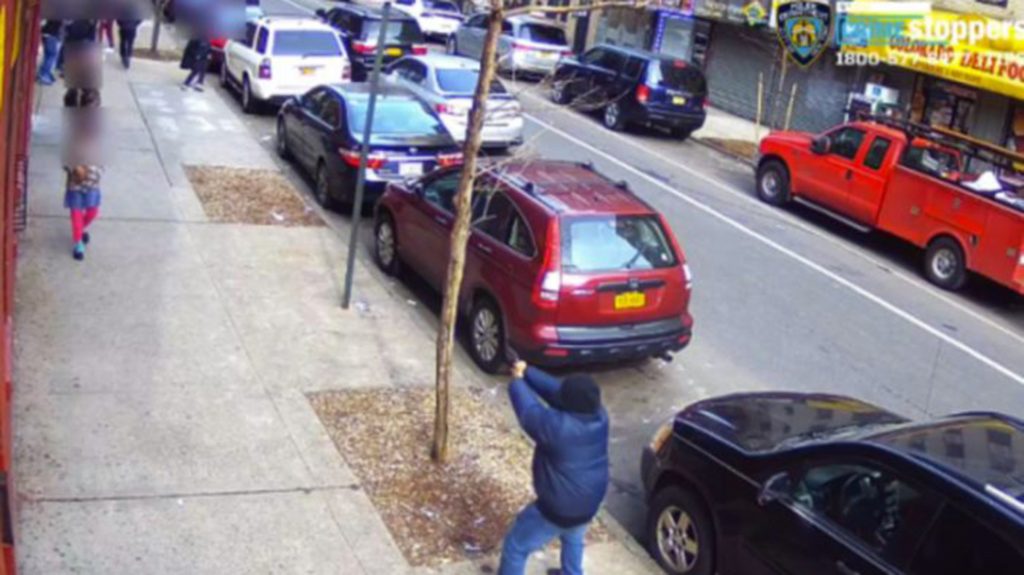 Over the years teens have taken to TikTok to impress the world with stupid human tricks. Remember the Tide Pods challenge? However, not all of the challenges are just moronic attention-seeking displays. Some are downright dangerous.

Over the years we have seen challenges like the Choking Challenge, Fire Challenge, Skullbreaker Challenge, Outlet Challenge, Hot Water Challenge, Concussion Challenge, etc. However, these have in common that you do it to yourself or with/to a friend(s).

Unfortunately, our youth are becoming increasingly more self-absorbed and view the world at large as just NPC (Non-Player Characters). And now, these challenges are playing out in the public square, and innocent, unsuspecting victims are targeted—for views.

According to a Fox News report, “The ‘Orbeez challenge’ encourages users to sneak attack unsuspecting people with a gel pellet gun. Reports have come out about incidents in areas surrounding Philadelphia, Orlando, Atlanta, Phoenix, the Bay Area and more.”

Violation of the Law

But, when you target innocent people, you are breaking the law and subject to arrest. In a recent Facebook post from the Peachtree City Police, teens are even modifying the beads to be more painful. Likewise, they are saying that they can cause permanent injury. They also go on to make it clear that this is a clear violation of the law:

“The police department will be pursuing criminal charges on all persons caught discharging these weapons at other persons on city property. In some cases, it could result in felony charges and parents could also be liable for the actions of their kids.”

Likewise, according to the New York Post, “Police in the southern states have warned that they are taking these shootings seriously and will bring criminal charges against anyone caught firing these gel beads at another person.

“Several teens have already been arrested and charged in connection to Orbeez Challenge shootings,” they continued.

“Recently, deputies arrested a 19-year-old man who shot an Amazon delivery driver in Deltona, hitting him in his glasses and his neck while he was driving his route. The same shooter also shot another random adult and a 10-year-old child in the face and chest. Deputies identified and located the suspect, charging him with shooting into an occupied vehicle, child abuse, and 2 counts of battery.”

Not Only Dangerous to the Victims

As things become more volatile in our country, many have started carrying concealed firearms. Not to mention, people are especially on edge with the rise in violent crime in many cities across the nation.

Even police officers have a hard time distinguishing between a real firearm and a fake, in a split second. Now imagine an untrained civilian, faced with that scenario and carrying a newly acquired CCW. That can be a recipe for disaster.

According to the New York Post, regarding a recent event in Collier County, Florida, “The unidentified woman followed the car filled with teens when they jumped out of the car and ran toward her with their weapons. She told officers she feared for her life not knowing if the guns were real and was left with injuries on her face.”

Imagine if the woman had her CPL/CCW and was armed with an easily accessible pistol. The headlines the following day would have read more like “TikTok Tragedy,” and Democrats would be pushing more anti-gun legislation.

According to its own guidelines, it prohibits videos “depicting, promoting, normalizing or glorifying dangerous acts that may lead to serious injury or death.”

This might be a good time for TikTok to uphold its community guidelines before someone gets seriously hurt. Whether it is an innocent victim, or someone getting shot for attempting the challenge on the wrong person.

To anyone out there contemplating becoming the next TikTok star with the Orbeez challenge—don’t. Not only are there risks to your victims and yourself but there is a serious risk to your future. Winter Garden Police Captain Scott Allen provided this warning to readers of Fox 35 Orlando regarding the challenge:

“These kids think it’s funny. They’re violating the law. They’re committing a battery. If the pellet happens to injure the person to the point it breaks the skin, could be looking at a felony charge. These things don’t go away. Could affect your future.”

These stunts aren’t impressing anyone. If you really want to impress people, in a lasting and meaningful way, find something you are good at and practice until you become great. That is impressive.

No one will remember you, as you rot in a prison cell for shooting an innocent child in the face with an Orbeez pellet.

An Officer & a Liar?: Signs of a Military Dating Scam