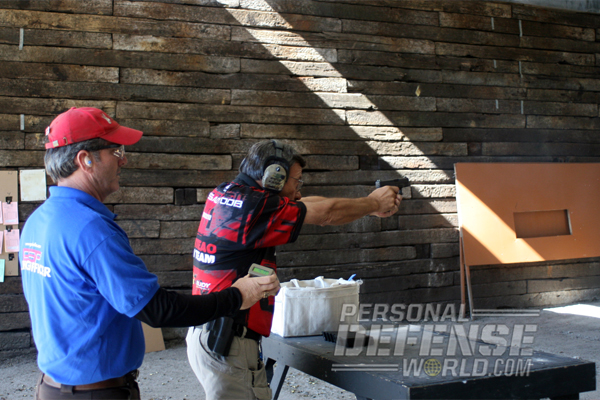 We all know that once we’ve learned how to do something correctly, repetition of that “something” will groove it in. Repetition will make it faster, more reflexive, smoother, and altogether more efficient. That’s why more time at the range will only improve your shooting skills. 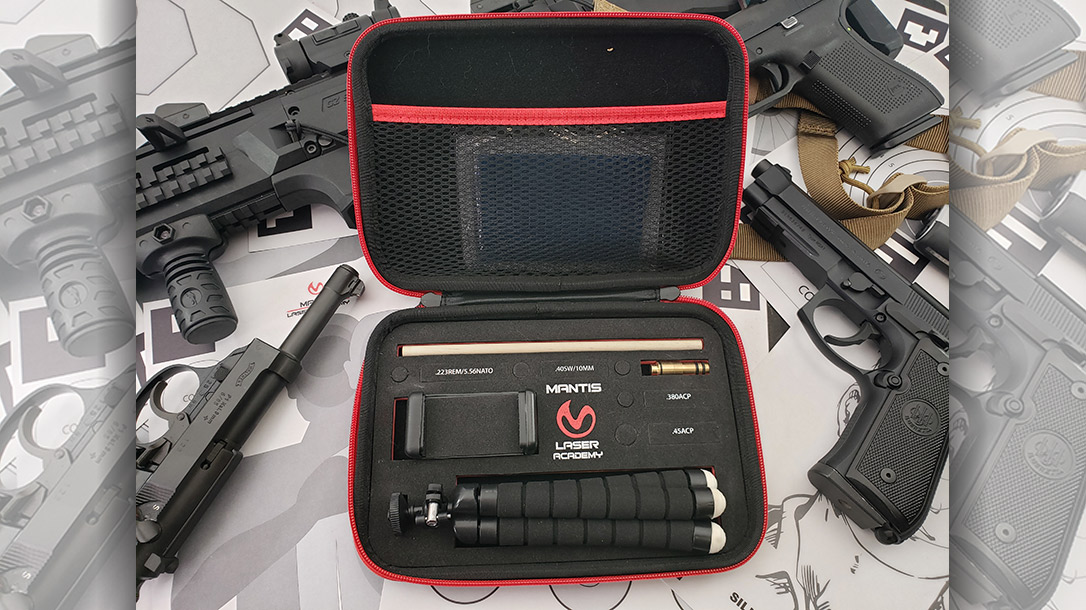 Yes, those are old and hackneyed aphorisms, but how did they get to be so old and so oft-repeated? Probably because they’re all absolutely true.

I can’t tell you how many times I’ve been on a public range and seen someone lean backward away from the gun they’re holding weakly and jerk the trigger again and again until they’ve run out of ammunition.

If you were to ask them what they were doing, the answer probably would be, “Practicing.” In reality, though, all they were doing was reinforcing bad habits and wasting ammunition.

Reach out for training. It’s a great investment. It’s always with you, and it doesn’t depreciate. Indeed, if you maintain your own training with what you’ve learned, it appreciates. That’s why I use the investment analogy.

I like to train with different shooting drills and qualifications, many of which you’ll find online. There’s an element of measurement in it: The course will state what score is passing and what is failing, and may even grade you as Marksman, Sharpshooter, Expert or Master.

The Hackathorn Standards developed by the great instructor Ken Hackathorn, the somewhat similar IDPA Classifier, and the very challenging Federal Air Marshal course are among my favorites to improve shooting skills.

Check online for courses of fire approved by your state’s Police Officer Standards and Training (POST) entity. It never hurts for an armed citizen to be able to show that he or she can qualify to the prevailing law enforcement standard.

3. Work on Your Shooting Weaknesses

See where you’re weak and work on shoring that up. We all like to do the stuff we’re good at because it makes us feel warm and fuzzy. But what we all really need to be doing is fixing where we’re weak.

For me lately, that’s shooting with only the non-dominant hand. Do some self-analysis on the range and see where that weak spot is for you.

One of the best investments a shooter can make in self-improvement is an electronic gunshot timer. Go to the range with a reasonable, incremental goal. Instead of burning 200 rounds at random, maybe you can get more out of shooting only 50, but each with a specific purpose.

“To start, I will perform 10 draws to the shot from concealment. My average time will be slightly better than it was the last time I did this.”

Don’t set unreasonable goals for yourself. Progress tends to be incremental. “I will make each of those draws and get the hit in X.XX seconds … or I will have analyzed what caused me not to achieve that.”

You won’t learn as much from flogging yourself for a bungled performance as you will from determining what caused the bungle so you can teach yourself to avoid it in the future.

That timer, of course, will also be much more efficient if you’re shooting a fixed-time course of fire. Particularly if you don’t have a practice partner. While the buddy system is always a good idea to help improve each other’s shooting skills, there are times when it just isn’t possible.

Colonel Jeff Cooper, one of the great authorities on gunfighting, lamented the fact that many people would work harder to win a trophy than they would to save their life. He harnessed that idea, however, when he created our longest-lasting gunfight simulation sport, the International Practical Shooting Confederation (IPSC).

These run-and-gun events inculcate positive gun-handling skills, encouraging speed and learning to shoot as you move.

The International Defensive Pistol Association (IDPA) is similar with more emphasis on “street guns and holsters,” use of cover and drawing from concealment. The entry fee for a local match generally runs around $15, for which you get to shoot several elaborately staged scenarios.

It would take you all day and hundreds of dollars to set up the elaborate props you’ll get to use. You’ll also meet people who think as you do. You’ll meet newer shooters who might ask you for advice and seasoned top shooters who will be happy to advise you if you ask.

Watching others handle shooting challenges in different ways is an educational experience, but a lot cheaper than formal training.

Do you own a Glock pistol? If so, you’re already equipped for your first Glock match. There won’t be drawing or movement involved – all shooting is from a static position, starting at low ready. But you’ll have targets at varying distances, with speed determining the winner but poor accuracy determining the loser.

A good set of shooting skills is best learned on a variety of targets. Paper and cardboard are good because they give you a distinct track of where you’re hitting. Still, you definitely want some reaction targets in the mix, too.

In any of those instances, while you’re trying to focus on your front sight and aim, your subconscious is screaming at you to watch the target and see if it falls down.

Shooting a lot of reaction targets in practice conditions you to watch your front sight once the decision to fire has been made. Examples of reaction targets include steel knockdowns, such as Pepper Poppers; the classic Bianchi Plates, which are six 8-inch disks of steel shot at 11 yards in a GSSF match and 10 to 25 yards at the Bianchi Cup; and the Texas Star, a five-target pinwheel that begins to move with your first hit.

Bowling pins also make great targets. If you just hit the edge of the pin, it rolls unpredictably and forces you to chase it with gunfire and shoot it again until it has been blasted off the table.

I like to spend some handgun time on the 100-yard line at my range each year. When I lived near a club that had monthly NRA Hunter’s Pistol matches out to 100 yards, I shot them whenever I could with a service pistol.

Any champion shooter will tell you dry-firing is important to improve shooting skills. It conditions you to hold your sight index while you roll the trigger back and “drop the hammer” without jerking the muzzle off target.

Think safety! Make sure you’re dry-firing at a backstop. That sounds contradictory, but none of us are so perfect that we can’t make a mistake. Whenever I dry-fire I make sure I’m aiming at something that can absorb the most powerful round that particular gun can discharge because, well, one day it might.

It’s common to dry-fire at the TV. Fine and dandy, so long as the TV is in front of something that will stop a penetrating bullet. You’d think TV images would be great practice for tracking moving targets, but it turns out not so much; the camera tends to keep the “target” in the center of the screen. And remember, only shoot the “bad guys.” It’s a conditioning thing.

You probably own some device on which you can record yourself doing it. Have at it and review your moves later! It’s a great way to safely determine if your trigger finger is going into the triggerguard prematurely, or if you’re being less than efficient in getting the handgun deployed.

Of course, this sort of video analysis works great in live-fire training, too.

10. Read Up on All Things Firearms & Shooting

There are other uses for your off-range practice time. Read up on shooting techniques in books, magazines and online resources. There are vast troves of good information from solid experts out there. It’s not hard to amass a DVD library of good training.

With a list of great shooting titles from Athlon Outdoors, you are sure to find reading material to help improve your shooting skills. 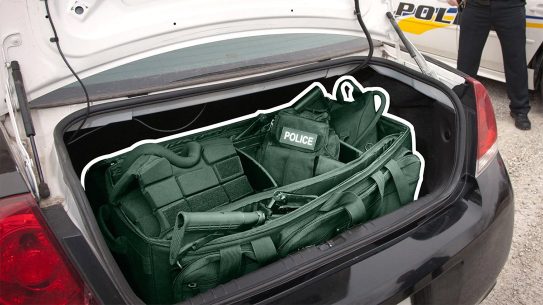 Whether military or law enforcement, transporting your gear just got easier with the M4...