I am sure you have heard about Biden’s announcement yesterday regarding a new ATF nominee and more gun control. Almost immediately following, gun rights groups took to the internet to express their opposition. The reaction to the announcement from Biden throughout the industry was swift and unyielding. 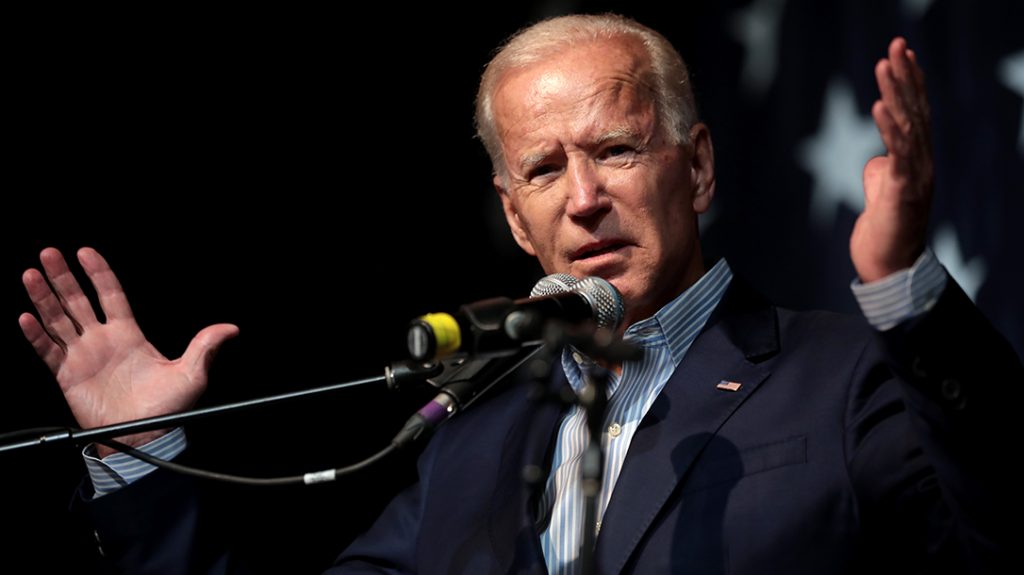 The Industry Reaction to the Biden Announcement Signals a 2A Fight

Yesterday, President Biden announced a new nominee for Director of the ATF and a list of gun control items. Right now Americans are struggling with inflation, an open border, and skyrocketing gas prices. Etc. However, this administration is still focused on disarming law-abiding citizens. Not to mention, he continues to remove the ability to protect our families during a time of skyrocketing violent crime.

Over the past two years, the number of first-time gun buyers has increased exponentially. There is clearly something in the air and the American people know it. Starting with the BLM/Antifa riots, Democrat-run cities have become completely unhinged and out of control. So, what is the answer to all of this rising violent crime? Disarm law-abiding citizens, of course.

This is not sitting well with gun rights organizations. It appears the real fight for our Second Amendment is at our door.

Our coverage of the announcement yesterday included the response from the NSSF, who promise to stay on top of this.

The NSSF statement reads in part, “NSSF is also closely monitoring the submission of the Final Rule by the Department of Justice (DOJ) to redefine frames and receivers, which would significantly alter the sale and possession of not only personally-made firearms (PFMs) but numerous other types and models as well.”

It goes on to say, “NSSF will review the Final Rule carefully to see if DOJ listened and took into consideration the industry’s comments that were submitted. As proposed, this rule radically alters the manufacturing and compliance processes for manufacturers of traditional firearms, not just the making of incomplete, unfinished parts Congress has not chosen to regulate.”

A Promise for Action

It is clear that the Firearms Policy Coalition is not having any of the nonsense that came from yesterday’s announcement. As a result, they plan to fight with immediacy.

In a statement from the FPC yesterday, they state, “The rule, which raises serious concerns about executive overreach and separation of powers, is yet another assault by the Biden administration on the rights and liberties of everyday gun owners. FPC condemns in the strongest terms this attack on the American tradition of home gunmaking and any effort to disarm or criminalize peaceable people.”

However, condemnation is not enough in a time where government overreach is getting completely out of hand.

They go on to say, “The FPC legal team is evaluating the final rule for litigation options and will be seeking plaintiffs in the near future.”

Likewise, the USCCA promises continued advocacy of American’s right to protect themselves.

In a statement from Tim Schmidt, president and founder of USCCA, he states, “We believe the President and Congress should turn their attention to the real threat facing our communities: the explosion of violent crime and increasingly emboldened criminals.”

He goes on to say, “We challenge this Administration to start enforcing the laws we already have instead of creating new regulations that cripple law-abiding gun owners.  The USCCA will continue to stand with and advocate for policies that empower more responsibly-armed Americans to be their family’s first line of defense, such as national concealed carry reciprocity.”

ATF Nominee a No Go

The list of gun control items isn’t the only sticking point, the ATF nominee isn’t looking so good either.

The NSSF clarified what a good nominee looks like, “Any nominee for this position of public trust, that has direct oversight of how law-abiding Americans are able to exercise their Second Amendment rights, must be a person wedded to the rule of law, and one that will not politicize the ATF to advance a partisan gun control agenda that exceeds what is established in law by the U.S. Congress.”

However, the FPC made it clear that they are not happy with the nomination at all. Its statement says, “FPC also unequivocally opposes Biden’s nomination of Steven Dettelbach to lead the ATF. Dettelbach has led a career marked by proposals of radical gun-control measures, including semiautomatic firearm bans, the absurd expansion of mythical “gun-free zones,” and universal background checks. Dettelbach’s support comes from anti-rights organizations, and his nomination is nothing short of a stealth attempt by the Biden Administration to appoint someone with the same radical values as David Chipman, but without the extensive public paper trail.”

The USCCA also expressed concerns, “It is deeply troubling to see President Biden once again nominate someone with an anti-gun record to serve as the new ATF Director.”

Whatever the case, it looks like the Biden administration kicked the hornet’s nest yesterday and it’s not good.

I think the USCCA put it best, “Nothing that the President is proposing today will make Americans safer in the face of skyrocketing crime because criminals by definition do not abide by the law.  It’s disappointing that the President is doubling down on ineffective policies instead of supporting law-abiding Americans who simply want to protect themselves and their families.”