I don’t know if it is because of my creative side but I have always been a bit of a movie buff. Fortunately for us gun nuts, Hollywood celebrities, like actor Alec Baldwin, are hypocrites. Even though they are completely anti-gun off set, they still like to make money off shoot ‘em up action flicks. Not all are that way, but many are. And thankfully they still gave us some of the coolest movie guns ever. 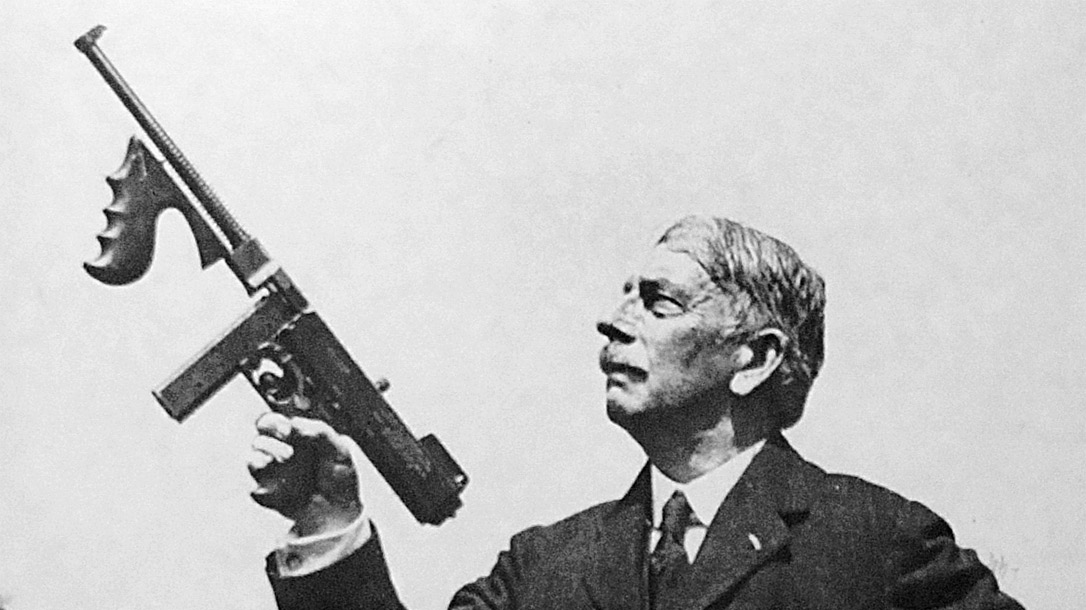 What Are Some of Your Favorite Movie Guns?

We recently reached out on Facebook for our latest Real Talk segment and asked what your favorite movie guns are. The response was overwhelming and there were a lot of great responses. But in the interest of time and keeping this article a readable length, I picked 5 that I thought topped the list.

Fortunately, over the years movie sets have practiced safe firearm handling. For the most part, the prop master follows safety protocols and ensures that the movie firearms shoot blanks. However, some of the coolest movie guns are either a real gun loaded with blanks or intricate prop guns. But unless you are Alec Baldwin, most people know to still check all firearms on set.

Thankfully, the actors and prop masters in these movies exhibited safe gun handling protocols or we might not have some of the best movies ever.

Perhaps one of the coolest gun-slinging scenes in moviedom is the Terminator flip-cocking a custom 1887 Winchester lever-action shotgun. What an awesome bridge between sci-fi and old west action. A cyborg from the future racing along a road on an iron horse, flip-cocking a shotgun and blasting another cyborg. John Wayne would have been proud. Maybe a little bewildered. But proud, nonetheless.

Rumor has it that Schwarzenegger picked up the wrong shotgun at some point on set and nearly broke his fingers. Instead of picking up the modified version with the enlarged lever loop, he accidentally picked up a shotgun with a standard loop. When he went to flip it, as he had done so many times before, the weight and torque nearly broke every bone in his hand.

2. Clint Eastwood The Man with No Name

Throughout the series, Clint Eastwood used two different pistols. While the Colt Single Action Army 5 ½” was serious hardware, the 1851 Navy Model just speaks to me. I mean, come on. 7 ½-inch Octagon barrel, blued finish, brass accents, and rattlesnake on the grip. What’s not to love?

And if you really want to bring forth your dark and mysterious inner badass, you can own the one pictured from Cimarron Firearms. Although it maintains the black powder style loading lever it is converted for .38 Colt or .38 S&W Special.

Like many, the story of Wyatt Earp has intrigued me since childhood. Between the legend of Wyatt Earp and the Man with No Name movies, I was convinced the cowboy life was for me. Over the years there have been a lot of great movies about Earp, but Tombstone is by far the best. This is another one that my wife knows we’ll be watching if it comes on. And if it isn’t coming on cable, I may just put it in.

In the movie, Earp is seen wielding an S.A. Frontier Buntline .45 LC with a 10-inch barrel. Just typing that almost made me let out a Tim Allen man grunt. The movie firearm is based on the Colt .45 Wyatt is said to have used in the shootout at the O.K. Corral. However, there are those who insist that he used a Smith & Wesson Model 3 during the shootout.

But who really cares? It is still one of the coolest movie guns ever. And, like the Man with No Name gun, Cimarron also offers the Wyatt Earp gun pictured here. So, are you going to do something about it? Or just stand there and bleed? Skin that smokewagon!

Let me ask you something. “Do you feel lucky? Well do ya, Punk.” No more iconic words have ever been spoken. Even people who might not be Dirty Harry fans (*cough* weirdos) know that line. When I first got my Ruger Redhawk .44 Mag I took it out shooting and couldn’t help saying it to my target. I know, I know, Dirty Harry carried a Smith & Wesson Model 29, but it still felt cool.

What is so great about Callahan carrying the Smith & Wesson Model 29 is that it is a regular model. As a result, anyone could be Dirty Harry, and still can. The Model 29 is still available today. But make sure to keep track of your shots in the excitement. Did you fire six or only five?

5. Noisy Cricket from Men in Black

When I first saw Men in Black and Jay received the Noisy Cricket, I’ll admit that I felt for him. I was sure he wasn’t going to make it. The only thing missing was the red shirt (ok, so sue me for the Star Trek reference). But then I saw him shoot it and I kind of wanted one. But was also kind of intimidated by the idea of shooting it.

Who am I kidding? I would totally shoot that thing. It would seriously be worth getting thrown back into a pile of garbage. The opportunity to shoot alien tech? Yes, please. And don’t let its small size fool you. You are not going to break it. Anything that can pack that much power is tougher than you. 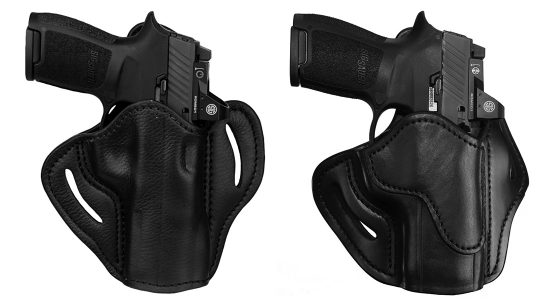 With the popularity of the SIG Sauer P320 SPECTRE Comp, 1791 Gunleather adds holster...