I am sure that you have heard about the shooting in Buffalo New York last weekend. Of course, there is a reason you know about it and not the shootings in California and Milwaukee. The manifesto of the Buffalo shooter indicates he is a white supremacist. Not to mention, he used the dreaded AR-15. But it also points to something else the media doesn’t want to report. Why he chose New York and why he chose the AR-15. 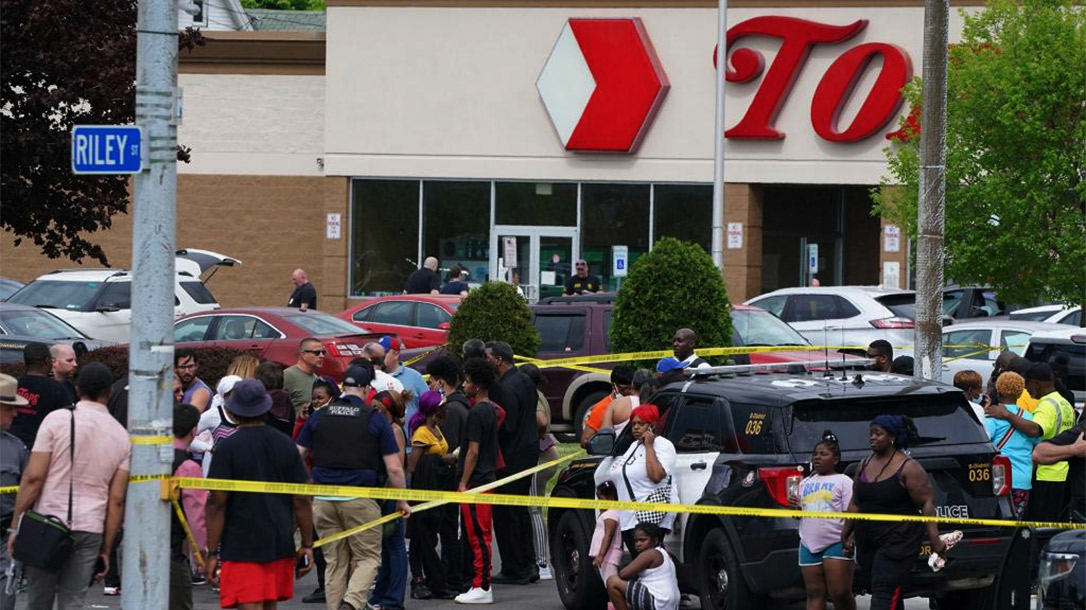 To be clear, the manifesto has not been verified yet. However, media outlets are already using it to call for more gun control and decry white supremacy. Not to mention, law enforcement does believe it to be legitimate.

Newsweek reports, “According to the Buffalo News, law enforcement officials said that they believe an online manifesto was written by the suspected shooter, identified as [redacted]. In the manifesto, [the shooter] allegedly wrote about how he planned to “kill as many Blacks as possible” in the attack and decided to carry it out in New York due to its strict open carry gun laws, which would make it harder for someone to stop him, the Buffalo News reported.”

I redacted the shooter’s name because he doesn’t deserve the attention. If you would like to hear about someone deserving of attention in this situation, read about the security guard. He died a hero.

The manifesto details the shooter’s entire plan, right down to what he was going to have for breakfast. Every move and every decision were very calculated. Right down to why he chose New York and the AR-15 to carry out his plan.

A recent TownHall article states, “In [the manifesto], he said New York was ideal given its restrictive gun laws, which meant there was a good chance his victims were sitting ducks or if they weren’t, hardly had the capacity to stop him.”

A recent tweet thread from independent journalist Tom Elliot includes screen captures of entries from the manifesto. In one entry, the shooter clearly states that New York’s gun laws make people easy targets. He also goes on to state that he used the AR-15 to garner media coverage.

In one entry the shooter states, “New York has cucked gun laws. Assault style weapons and high capacity magazines are illegal for civilians to own, thus lowering threats from law-abiding civilians.”

In addition he says, “The AR-15 and its variants are very deadly when used properly. Which is the reason why I picked one. High capacity magazines and ammunition that causes (enough) ballistic damage to kill effectively will be used. The AR-15 is readily accessible even in cucked New York, and after some modification will be able to effectively kill. Plus, the media loves to hate on the AR-15, which may increase media coverage and public outlash.”

Gun Control Policies Are a Failure

Everything about the shooting demonstrates the failure of gun control. Right down to the idea that magazine capacity is going to stop mass shootings. To be clear, the shooter is a teenager and even he knew how to illegally modify his rifle.

According to a snippet of the manifesto on New York Daily News, “Since I live in New York, I had to buy a cucked version of this before illegally modifying it,’’ [the shooter] wrote in an 80-page hate-filled manifesto detailing his views and his attack plan. “Since I live in cucked New York, and I am only 18, I can’t legally buy a lower or a standard ‘assault rifle.’”

People with intent to do harm will do harm. No law is going to stop them. In fact, the opposite is true. Gun control laws only help violent criminals perform their heinous acts, unopposed. This is precisely why they always target gun-free zones and why states with the most anti-Second Amendment laws are the ones with the most shootings overall.

But, this won’t stop gun control politicians from pushing for more of the same laws the shooter claims helped him. They are just going to keep doubling down and more lives will be lost.

They say, the definition of insanity is doing the same thing, over and over, and expecting different results.

Shooting Ranges: 6 Elite ‘Guntry’ Clubs You Have to Check Out