Failed legislative measures to remove so-called “gun-free zones” in Missouri and Georgia bring the topic to the forefront. Especially when combined with two tragic events—one in a “gun-free” Texas school and the other in Buffalo, N.Y. It’s worth noting that in New York, it’s nearly impossible to get a concealed carry permit. These incidents, along with others, only demonstrate the failure of “gun-free zone” legislation. 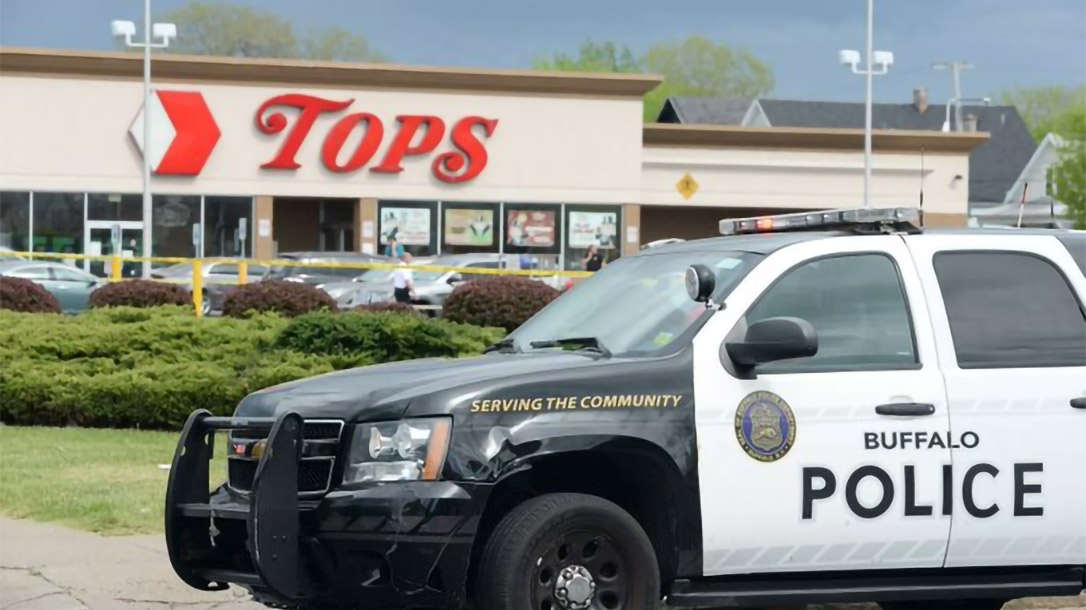 The Missouri legislation, House Bill 1642, would have changed the law to allow Missouri concealed carry permit holders to carry a firearm for self-defense on most public transit vehicles and in many houses of worship. However, it failed to pass the state House of Representatives before the body adjourned last Friday.

Both provisions in the measure were vitally important for law-abiding Missourians for a number of reasons. Not the least of which is that anti-gun advocates created the so-called “gun-free zone” fallacy out of whole cloth. As a result, they only leave good people unarmed in areas where criminals have carte blanch to ply their trade.

The same goes for Georgia Senate Bill 259. The bill didn’t receive approval by the Georgia House of Representatives before that state’s legislative session ended on April 4. That measure would have removed the one-size-fits-all ban on carrying firearms for self-defense in places of worship. Thus, allowing private property owners to make such decisions regarding security on their own.

On a positive note, a similar measure is still under consideration in Arizona. Specifically, House Bill 2316 would expand areas where concealed carry permit holders can lawfully carry concealed firearms. This would include certain public establishments and events.

​Who Do “Gun-Free Zones” Really Help?

The need for such legislation stems from the fact that those restricted locations could be more properly referred to as “victim zones” or even “self-defense-free zones,” since only the law-abiding are affected. The Texas school and New York supermarket are prime examples.

Think about it: When a disenfranchised, evil young man is planning a mass murder, is he really worried about possibly being arrested for having a firearm in a “gun-free zone”?

Researcher John Lott, president of the Crime Prevention Research Center, summarized the effect of such zones in a 2018 Op-Ed in the Twin Cities Pioneer Press when he wrote: “Most gunmen are smart enough to know that they can kill more people if they attack places where victims can’t defend themselves. That’s one reason why 98 percent of mass public shootings since 1950 have occurred in places where citizens are banned from having guns.”

Lott collected his data from murders that occurred from 1950 to 2019. In these, the definition of a “mass shooting” is an event resulting in the death of four or more victims. Still, gun-ban groups like so-called Everytown for Gun Safety push for more and more such victim zones at every turn.

“In addition to keeping guns out of schools and off of college campuses, all states should prohibit civilians from carrying guns in sensitive places,” the group states on its website. “This should include daycare centers, playgrounds and other places where children gather, bars and restaurants that serve alcohol, public demonstrations and rallies, airports and courthouses. No location should ever be required by the government to allow guns.”

Disarming Law-Abiding Gun Owners Is Not the Answer

If that leaves the impression the group would rather see you disarmed everywhere you go, that’s an entirely correct assumption. Unfortunately, they apparently can’t see that causing lawful citizens to be unarmed in such “sensitive places” while criminals remain armed to the teeth is a recipe for disaster.

Don’t believe Everytown and other gun-ban advocates when they say that armed citizens seldom use their guns in self-defense. Fact is, not only do they do so thousands of times a year, but they also use their firearms to stop mass shootings, according to the FBI.

Hopefully, lawmakers in both Missouri and Georgia will take up this issue again in the next legislative session. Likewise, we hope Arizona lawmakers will pass the measure currently under consideration in the Grand Canyon State.

Additionally, New Yorkers like those victims in Buffalo might soon be able to have their carry rights. At the very least they may be partially restored if the Supreme Court does what’s right in deciding the current Second Amendment case, New York State Rifle & Pistol Association Inc. v. Bruen.

That lawsuit challenges New York’s super restrictive carry laws. An announcement on the high court’s decision should come this summer.

In the end, as long as “gun-free zones” exist, lawful Americans won’t carry guns in those places and criminals will. Doing away with these fake disarmament zones would be good for the law-abiding and disastrous for violent criminals.