by Tim Stetzer
in Skills / How To
0

I’ll sometimes get asked, how do you know if the person pulling you over is actually a police officer? Well, the good thing—if you can call getting pulled over a good thing—is that it’s generally going to be legit. But there are the occasional instances where it could be a police impersonator. Fortunately, there are telltale signs, and this article will help you identify them. 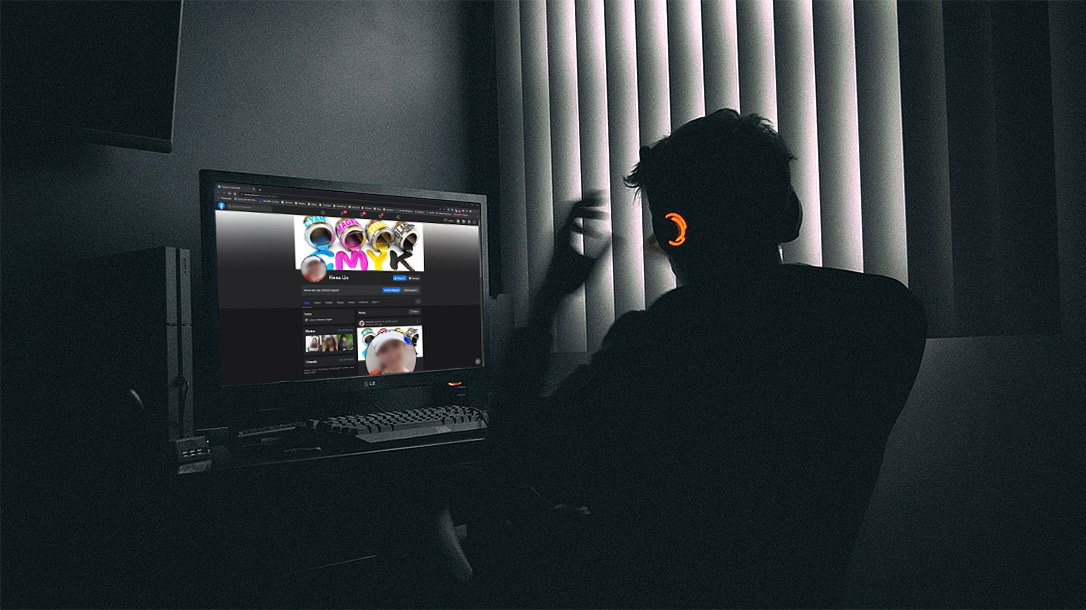 Spotting a Catfish: How to Tell if a Dating Profile Is Fake

How to Spot a Police Impersonator

Police impersonators aren’t very prevalent, at least not the ones making traffic stops. However, they do turn up, so it’s worth being aware of the possibility. Getting pulled over is stressful enough without having to worry about whether it’s a fake police officer or not.

There could be any number of reasons a person would impersonate a police officer. Maybe they are collecting personal information for targeted attacks or robberies. Or they could be looking for potential stalking/kidnapping victims. It’s also possible that they just have a hero complex and couldn’t make it through the academy. Whatever the case, there are inherent risks to getting pulled over by someone impersonating a police officer.

So, how can you tell if there’s a problem?

Many times, you can tell a police car rolling up on you by the light bar on top, push bar on the front, and spotlight on the driver’s side pillar. This is often especially true with dedicated traffic vehicles. But those aren’t necessarily universal signs, since some departments use internal lights, and don’t have push bars.

Another thing to look at is the make and model of the car. This is important since there are only a handful of companies that make police cars.

Typically, you’ll see Ford Explorers and Chevy Tahoes in the role formally dominated by sedans like the Chevy Impala, Ford Taurus, and legendary Ford Crown Vic. You may still see those cars on the road but it’s increasingly less common.

Some departments run Ford Mustangs or Dodge Chargers as their interceptors, although that will typically be on major highways. Increasingly you’re also seeing pickup trucks like the Ford F-150 and Chevy Silverado in use by departments.

What you don’t typically see are foreign cars. Most US departments have a buy American—or at least North American—policy. If your cop is driving a Hyundai, that’s probably a red flag. There are some exceptions to that rule, especially with unmarked narcotics cars, but they aren’t typically going to be pulling you over for traffic offenses.

Once you identify the obvious stuff like lights and get a look at the overall vehicle, take a look at the paint scheme. Does it have a crest or badge on the door? Is it clearly marked with the name of the police department?

Other colors are possible but unusual. Police departments are traditional by nature and stick to classic colors. However, most will have “Police” marked prominently somewhere on the vehicle.

One thing you will see are the blacked-out cars in black or dark gray with very subdued markings on them and internal emergency lights. These are typically used for traffic enforcement. My buddy calls them Revenue Pirates since their main purpose is running traffic. They tend to blend in and jump out to get you when you aren’t looking.

Now that we know what to look for in real police cars, what about the fake police car?

As noted, off-brand cars are often a giveaway. However, many police departments sell off their old cars and just strip the decals and lights off. You may well see a Crown Vic with a pillar light that looks like a police style car, because it was. These surplus cars are popular with wanna-be cops and they will buy them to look more legit.

While these cars often won’t have lights, you do sometimes see new light bars installed, typical to volunteer fire or even construction vehicles.

For this reason, you should get to know your local light colors.

The old red and blue lights are most common, but some jurisdictions/departments/states do otherwise. For example, Ohio State Police use just blue lights, no red. However, in Pennsylvania straight blue is reserved for volunteer firefighters.

If you’re in Ohio, I’d recommend stopping for straight blue lights. But if a blue light tries to pull you over in Pennsylvania, that’s a big red flag. Likewise, solid red, or red and white, is generally used on marked fire or medic vehicles.

Sometimes these surplus cars may still have wig wag headlights that alternately flash back and forth. Or the fake police officer might have that installed himself. Generally, the presence of wig wag lights without other emergency lights is another indicator that something is wrong.

Okay, so what do you do if a car tries to pull you over and you aren’t sure if it’s real?

The first thing is, always be safe. Pull over in a well-lit area, preferably with other people around. If there is a known police station close by, go there. It is highly unlikely that a person impersonating law enforcement is going to follow you there.

Some other places to consider would be fire or medic garages, public buildings, retail locations, or places with cameras such as a bank parking lot.

If you can’t pull over somewhere safely right away, put your flashers on and drive the speed limit or under. If it’s a genuine officer behind you, that will let them know that you’ve acknowledged the stop and aren’t fleeing from them or refusing to stop. Pull over as soon as you can do so safely and where you feel comfortable.

Once you are pulled over, you’ll be approached by the would-be officer. Pay attention to details about the approaching officer.

Some people have questioned the legitimacy of an officer making a passenger-side approach, rather than a driver’s side approach. That’s a legitimate police tactic and real officers may do that for a variety of reasons. That one is not a red flag.

However, watch the person in the mirror as they approach your vehicle. Are they in uniform? That’s a big indicator right off. Many departments have policies against plainclothes officers conducting traffic stops. That isn’t a 100% rule, but most traffic stops are going to be done by uniformed officers in marked cars.

Pay attention to the uniform, if they are wearing one. Does it match what you see on local officers? Are the patches for an agency appropriate for the area you are in? Or are the patches generic in nature and maybe only say “Police,” with no mention of a specific department? Does the uniform have a name tape, and is the person wearing a badge?

Police badges tend to be thick and solidly made. Does this match the make of the badge worn by the person stopping you or is it thin metal? Does it say what department the officer works for and include a badge number? Not all badges will have badge numbers, but they will include the department name.

Pay attention to those details if you can. Sometimes it’s hard when you are seated in the car and the officer—or impersonating officer—approaches just to the rear edge of your driver’s window.

Off the Road Encounters

You might run into a police impersonator in settings other than a traffic stop but most of the same suggestions apply.

Look for the uniform details. If it’s a supposed plainclothes officer or detective, ask to see the badge and ID and pay attention to the details. Ask for station info and request to meet or move the encounter there to speak further.

As long as the situation isn’t dangerous note the details and don’t get confrontational.

If you find yourself dealing with a potential police impersonator, be a good witness and stay safe.

An Officer & a Liar?: Signs of a Military Dating Scam