Second verse, same as the first. Cue the broken records in the House of Representatives. What is a House Judiciary Committee to do when all attempts of a federal ban on “assault weapons” fail? Try again, of course. Only this time, be more specific and target specific products. Including at least 45 specific AR-15 rifles and approximately 30 specific AK-47s. 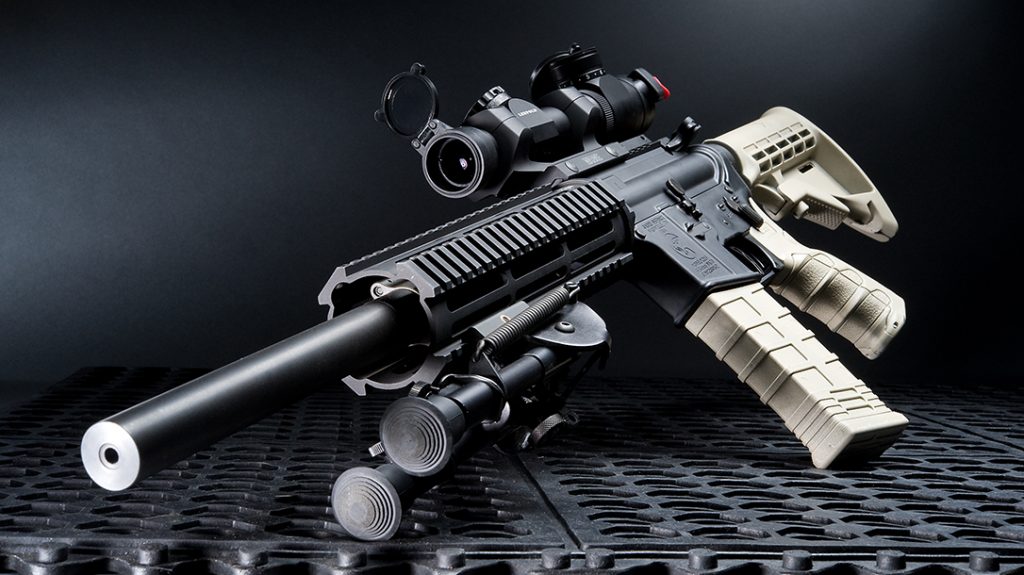 The House Judiciary Committee Looks to a Federal Ban on “Assault Weapons.” Again

The people crying about “threats to democracy” are once again thumbing their noses at the American people. As we recently reported, the idea of a ban on “assault weapons” is not popular among U.S. citizens. However, that clearly means nothing to the gun control activists in our government. They want what they want and don’t care how you feel about it. You know. “Democracy.”

It is more disconcerting that we are represented by people who don’t understand that we are not a democracy; we are a Constitutional Republic. Which means we elect them to represent us, not themselves. But they aren’t letting that get in their way.

Following every school shooting the result is the same: “Public safety!” they all cry. “We must ban assault weapons and high capacity magazines and rid our streets of military style weapons.”

They conveniently leave out the fact that mass shootings are new, but semiautomatic rifles are not. In fact, the Remington Model 8 was available to the public in 1906. However, gun violence at the level we are seeing it today is a relatively new phenomenon. Correspondingly, when you look at where gun violence is most rampant, it is Democrat cities. Likewise, they all have strict gun control.

The bill, H.R. 1808, was marked up Wednesday and could come up for a floor vote as soon as the last week of July. If passed, it will ban very specific models of AR-15 and AK-47 rifles.

Likewise, the bill would place a ban on the sale, import, manufacture, or transfer of semiautomatic shotguns. This is as detailed in “Sec. 3 Restrictions on Assault Weapons and Large Capacity Ammunition Feeding Devices.”

This is the full power of the federal government attacking specific companies and their products by name. I’m old enough to remember when they taught civics in school, and this was considered a bad thing. But here we are.

There is Still Hope

According to Punchbowl News, “The Cicilline bill – which currently has 211 Democratic co-sponsors and no Republicans – would make it illegal for anyone to “import, sell, manufacture, or transfer” semi-automatic rifles that have certain “military features.” These features include a “detachable magazine” or “a fixed magazine with the capacity to accept more than 10 rounds.” Semi-automatic pistols and shotguns with similar features would also be covered.”

The fact that this has no Republican support is a step in the right direction. As a completely partisan issue, this has little chance of actually becoming law. But that doesn’t mean we can let our guard down. Republicans recently led the way on other gun control legislation, so anything is possible.

Punchbowl goes on to say, “Republicans will overwhelmingly oppose this legislation, and there are more than enough GOP no votes in the Senate to derail it. An assault weapons ban offered by Sen. Dianne Feinstein (D-Calif.), who also sponsored the 1994 ban, only has 37 co-sponsors, signaling there’s not nearly enough votes to overcome a Republican filibuster.”

Get ‘Em While You Can

According to Punchbowl, “The proposal does not – and we want to be very specific here because this will come up immediately – call for the removal or confiscation of any covered weapon that any American currently owns. However, this proposal would prohibit the manufacture or sale of new weapons if it were ever signed into law by President Joe Biden.”

So, once again, Democrats are out there selling firearms in record numbers. At this point, gun manufacturers should probably thank the Democrat party. They are doing more for gun sales than anyone.

All kidding aside, though, we need to keep our eye on the ball. One of these times, they just might slip something through. Watch for the Hail Mary.