As we recently reported, a good guy with a gun stopped a mass murder in a mall in Indiana. However, details were scarce at the time of the report. Since that time, new details have emerged, and they fly in the face of anti-gun rhetoric. Specifically, the new Indiana constitutional carry law that took effect July 1st is directly responsible for quickly stopping it. 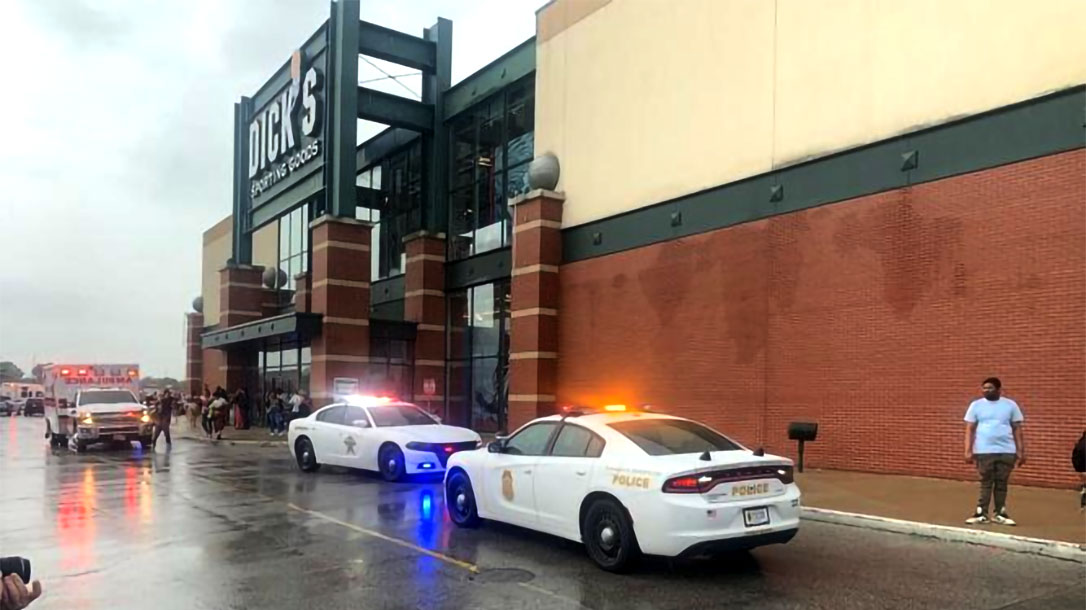 BREAKING: Another Mass Shooting Stopped by Armed Citizen in Indiana

First, let’s give credit where credit is due. We now know the identity of the 22-year-old law abiding gun owner that prevented the tragedy. His name is Elisjsha Dicken, and it turns out he’s kind of a badass. As we have come to learn, not only did he stop the shooting in 15 seconds, but he did it from 40 yards away.

According to WTHR News, “At 5:57:03 p.m., Elisjsha Dicken, an armed bystander, fired on the shooter from 40 yards away, according to police. Within 15 seconds from when the shooting began, Dicken fired 10 rounds, hitting the shooter as the shooter tried to retreat into the bathroom but collapsed and died.”

Anti-gun activists have been questioning the safety of Dicken’s actions and asked where all of his rounds went. Well, the WTHR News story goes on to address that question:

“An autopsy found the shooter was shot eight times and none were self-inflicted.”

There are no reports of innocent bystanders being struck by errant rounds from Dicken’s firearm.

As a side note, WTHR goes on to state that Dicken has no police or military firearms training. Instead, he learned how to shoot from his grandfather. This is a shining endorsement to teach your kids to shoot.

Did the Good Samaritan Break the Law?

Another indictment from the gun control crowd is “Dicken broke the law by carrying in the mall.”

The fact that the suspect was carrying only demonstrates that “gun-free zones” do not work. In fact, he most likely selected that location on the belief that he would be the only one armed. And if he hadn’t started shooting, no one would have even known that Dicken was carrying.

However, for further clarification on the law in this case, IndyStar.com addresses the question:

“’Greenwood Park Mall’s no-weapons policy is akin to a “no shoes, no shirt, no service” sign you might see at a gas station, or a sign requiring masks in order to shop,’ said Guy Relford, an Indiana attorney and firearms instructor who is a prominent voice on the state’s gun laws. ‘Such signs are simply stating a business owner’s policy.’”

The article goes on to state:

“If a customer does not adhere to the policy, a business owner can demand that the customer leaves. And if the customer ignores that demand, the customer is now trespassing, which is an Indiana crime.

“But if no one asked Dicken to leave, then he wasn’t trespassing.”

Similarly, The Blaze reports, “City of Greenwood officials called Dicken a ‘hero’ and emphasized that he was ‘lawfully carrying a firearm’ when he stopped the shooter.”

Likewise, a separate article on IndyStar.com states, “Greenwood Mayor Mark Myers, who spoke at Monday’s press conference, praised Dicken for jumping to the rescue within minutes of the initial shooting.”

In my initial report, I was unsure whether the Good Samaritan had his handgun permit or was carrying under the new constitutional carry law. With emerging details, it is now clear that he did not have a permit but was able to legally carry a firearm due to the new law. The new law came just in time.

The law permits anyone who can lawfully own a firearm to carry a handgun in public. As such, there is no longer a permit requirement. However, you can still obtain a permit to carry, which will provide reciprocity in other states that require one.

According to USACarry, “As long as you are 18 years old or older and not prohibited from possessing a firearm, you are legally allowed to carry concealed under the new Constitutional Carry law. This goes for residents and non-residents of Indiana.”

According to a PDF on the Indiana State Police website, in order to enjoy permitless carry, you must not be a prohibited person. According to IC 35-47-2-1.5 this includes:

For the most part, it looks as though you should be in good shape so long as you haven’t run afoul of law enforcement or the military, are old enough, and would be able to pass a background check (not required).

Fortunately, this law came just in time to save countless lives. As we now know, the suspect had two rifles, a handgun, and several full magazines. This could have been far worse if not for Indiana constitutional carry and the heroics of one 22-year-old.