Things heated up during a discussion surrounding a proposed amendment to the “assault weapon” ban. On the table is an amendment from Congresswoman Michelle Fischbach to add an exception for pistol stabilizing braces. At this point, Congressman Cicilline objected and pointed out the scary and dangerous details of a stabilizing brace. Only it didn’t go quite how he planned. 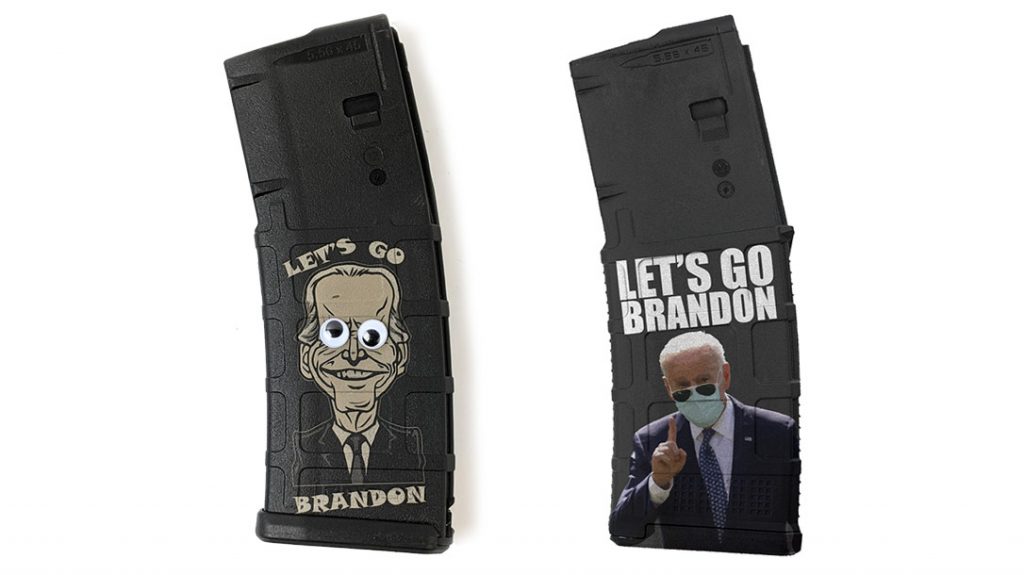 The amendment from Mrs. Fischbach, as read at the desk, states:

“This act should not be interpreted to provide additional limitations on the import, sale, manufacture, transport, possession of a pistol with a stabilizing brace.”

The intent of the amendment is to ensure disabled shooters and veterans—for whom it was created—would still have access to the large frame pistol accessory.

Congressman Cicilline’s objection to the amendment relies on his belief that a stabilizing brace converts a pistol to fully automatic. In his statement, he even claims that the brace “becomes a bump stock.”

According to Cicilline, pointing to a picture of an AR pistol, “This stabilizing brace, which is depicted here, when attached here it turns this weapon into an automatic weapon. It becomes a bump stock. And so, it will allow that to essentially be fired like an automatic weapon.”

Congressman Massie was quick to point out that not only is a stabilizing brace not a bump stock, it isn’t even a stock.

He said, “The Democrats are so zealous in their rush to ban everything related to guns and every gun that exists that I’m afraid Mr. Cicilline has his gun features mixed up. He just described the arm brace, which is used by people with a handicap, as a bump stock. And I think it’s important that if you’re going to ban these things that you actually understand what you’re banning.”

He went on to add, “It’s neither a stock nor a bump stock.”

To be clear, according to the ATF, if the brace were considered a stock, it would convert the pistol to a short barreled rifle. As a result, the owner would be subject to a $200 tax stamp and an enhanced vetting process.

Cicilline Should Have Quit While He Was Behind

In an effort to hit his point home, Congressman Cicilline went on to further illustrate what he meant.

Cicilline continued, “This stabilizing brace, when coupled with a buffer tube, operates as a bump stock.”

So, to be clear, all AR-type firearms have a buffer tube. The buffer system is what cycles the bolt carrier group and aids in reducing recoil. In addition, the buffer tube allows a stock to be attached to the rifle. So, by his logic, all AR stocks are bump stocks.

Congressman Massie continued to try to clarify the amendment:

He stated, “Her amendment has nothing to do with the bump stock! That can’t even function in your wildest fantasies as a bump stock! It doesn’t work that way! One’s a stock, and one’s a brace!”

Understandably frustrated with the exchange, Massie then asks if they would accept the amendment once they understand the difference:

“I would ask this. Would the Democrats be amenable to offering the gentle woman’s amendment if and when they find out that that’s not a bump stock? Like, if they could use Wikipedia or a picture or something here, really quickly, to understand that what she’s offering has nothing to do with a bump stock. And it’s only to do with stabilizing the grip and the grasp of a pistol for somebody who is otherwise unable to do that,” he posited.

He went on to repeat the question before dropping the bomb on Cicilline, “The internet’s gonna help you in about five minutes. Cause you’re gonna be famous.”

Cicilline continued his claim that the brace still converts an AR pistol into an automatic weapon.

Massie yielded his time, urging Cicilline to get Wikipedia up as soon as possible because the “internet is about to educate him.”

What is a Stabilizing Brace?

In short, the stabilizing brace was designed by SB Tactical to provide disabled shooters an additional point of contact. Although designed with disabled shooters in mind, many enjoy the added accuracy and control for recreational shooting as well.

According to the SB Tactical website, “SB Tactical® Pistol Stabilizing Braces are designed and intended only for use as forearm braces. Our braces are available for a wide variety of firearm platforms and provide you with all of the advantages of a handgun, but with an additional point of contact — adding greater stability, accuracy, and control. Offering fixed, adjustable and side-folding models, our braces enhance the aesthetics, performance and usability of large frame pistols.”

To be clear, a stabilizing brace does nothing to alter the action or operation of a rifle-caliber pistol. It only adds a second point of contact for stability and control. It is not considered a shoulder stock or buttstock in any way. If it were classified as such, it would re-classify the pistol as a short barreled rifle and would require a $200 tax stamp.

What is a Bump Stock?

A bump stock, on the other hand, is a stock, as the name implies.

However, even though it fires rapidly, similar to an automatic, it does not change the action of the rifle.

To clarify, a stabilizing brace is not a bump stock. Pretty much, it doesn’t do anything other than stabilize the firearm via a second point of contact. Hence the name.

Whatever the case, we hope that Cicilline now understands that a stabilizing brace does not convert a pistol to automatic. It will still remain simply “fully semi-automatic.”