UPS for Shipping a Firearm? It Might Be Time to Find a New Carrier

Life just got a little harder for law-abiding gun owners and manufacturers, thanks to the anti-gun left. Following an aggressive letter from gun-grabbing politicians, UPS has changed its rules regarding shipping a firearm. Although the change won’t affect many civilian gun owners, it has huge implications for the firearm industry. 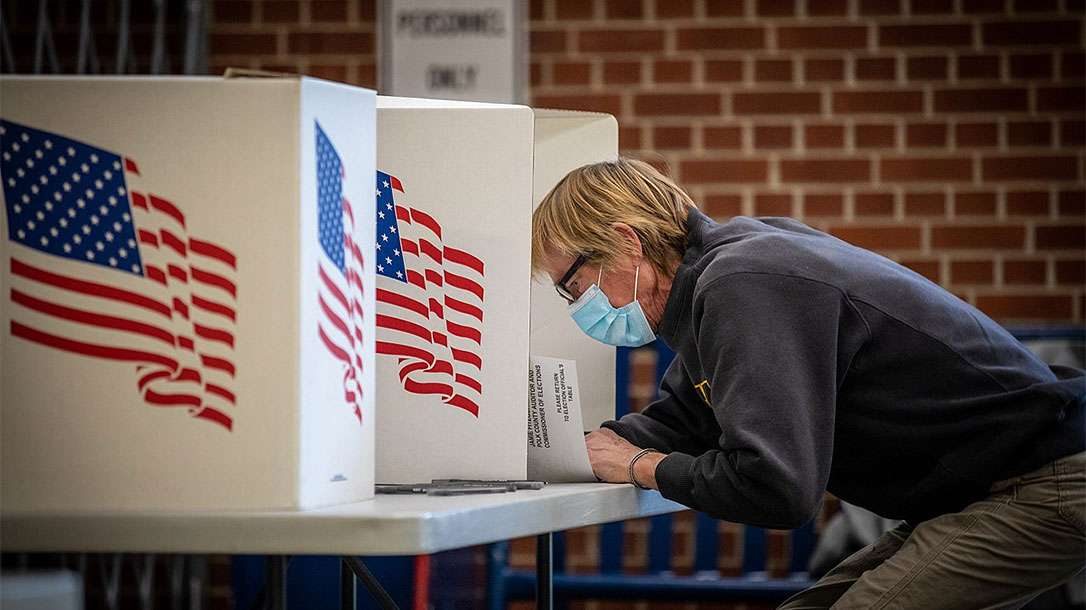 Following a letter from five anti-gun Senators, UPS has updated its shipping policies regarding firearms. The letter went out to 28 carriers on May 19, 2022, including UPS, FedEx, and the United States Postal Service. The letter included accusatory statements aimed at the carriers, implicating them in the increase in gun violence.

In the letters, the Senators state, “We are concerned that lax shipping security measures are contributing to the epidemic of gun violence in this country by allowing criminals to use stolen firearms to commit crimes.”

A New Set of Rules

Using the guise of combating “ghost guns,” the new requirements insist that all frames and receivers now have a serial number. Even though the new rules themselves indicate that the federal law regulating this is not in effect yet.

“UPS does not accept firearms (including handguns) and firearm parts for shipment domestically unless (1) such shipments are in full compliance with all federal, state, and local laws, including, without limitation, age restrictions; (2) such firearms, including any partially complete, disassembled, or nonfunctional frame or receiver (as defined by 27 CFR § 478.12) have been identified and bear a serial number in a manner that complies with federal law; and (3) such firearm parts within a package cannot be assembled to form a firearm.

“Any item that meets the definition of a firearm (including firearm mufflers or silencers) or a “frame” or “receiver” under federal law (including any partially complete, disassembled, or nonfunctional frame or receiver as defined by 27 CFR § 478.12) must be identified and bear a serial number in satisfaction of the requirements for identifying such items under federal law, including 27 CFR § 478.92 and/or 27 CFR § 479.102, regardless of whether any such items are otherwise exempt from or not subject to identification requirements under applicable law.  This prohibition applies even before the effective date of 27 CFR § 478.12.”

27 CFR § 478.12 is set to take effect on August 24, 2022. But it looks like UPS might be in a hurry to become compliant before the date, due to a congressional hearing scheduled to take place before then.

The letters come as a congressional hearing is set for July 20, in which Daniel Defense, Smith & Wesson, and Ruger are requested to be in attendance. Although it is unclear what involvement shipping companies have with the hearing, the timing of the letters makes it appear that they are. Not to mention, they also include 20 questions and document requests for the shipping companies.

The SAF listed some of the questions on its website as:

It is no secret that the requesting Senators are publicly unfriendly to the firearm industry. And they now appear to be targeting anyone that works with/aids the industry in any capacity. The signs indicate that the hearing will be hostile in nature. This is potentially why UPS has made the sudden changes.

According to Jim Shepard of the Outdoor Wire, “Judging from Rep. Maloney’s statement on the hearing, it’s doubtful the trio will receive a very cordial reception: ‘Since the Oversight Committee launched our investigation into the gun industry and its disgraceful role in marketing these dangerous weapons, we found that Daniel Defense, Smith & Wesson, and Sturm, Ruger play prominent roles in an industry that makes billions of dollars in profits selling these products,’ she said.”

Although news of UPS changing its rules is just making headlines, it seems they have already been making preemptive moves. Recently the company has been canceling the accounts of gun dealers and destroying their packages.

It would be easy to just assume that UPS changed its rules out of fear of gun bullies in the Senate. However, the fashion in which they are targeting gun dealers would indicate that they have been waiting for a reason.

A recent story from the SAF states, “United Parcel Service is terminating the accounts of gun dealers across the country. Any packages currently in the UPS system may be ‘seized and destroyed.’”

Florida gun dealer, Ghost Firearms, received a letter canceling its account, effective immediately. According to UPS, the company deemed that Ghost Firearms may be violating applicable laws concerning the shipment of “ghost guns.”

The letter states, “Please note that any package found in the UPS system determined to have been tendered by GHOST FIREARMS may be seized and destroyed.”

Joe Zatar, the owner of Ghost Firearms, says that he just shipped $30,000 worth of products. When he contacted his sales rep, the rep was not aware of the account cancelation. According to Zatar, the ATF was at the company two weeks prior and stated that they are in full compliance.

Likewise, SAF states that Brownells also posted to Facebook that its account was terminated as well. Although the post is no longer available, according to the SAF it read:

“Heads up! UPS has made the decision to no longer accept Brownells packages. We are working to put an email together to send to customers who have their account defaulted to UPS, or who have open orders with UPS selected as the carrier.”

It is unclear how far this will really go after the July 20 congressional hearing. From the sounds, the hearing targets the firearm industry and intends to scare anyone who assists it. As it stands this will mostly only affect 80% lowers, but who knows what definitions they could add in the future.

This is an anti-Second Amendment bully government in action. Since they can’t strip us of our rights, they will just target an entire industry. This is exactly why the founding fathers didn’t want government to regulate the free market—it is far too powerful.