How to Cast Bullets

by Dave Campbell
in Ammo, Reloading
0

"As your level of sophistication increases and your budget allows, you can add more tools to your casting outfit to save time and energy." 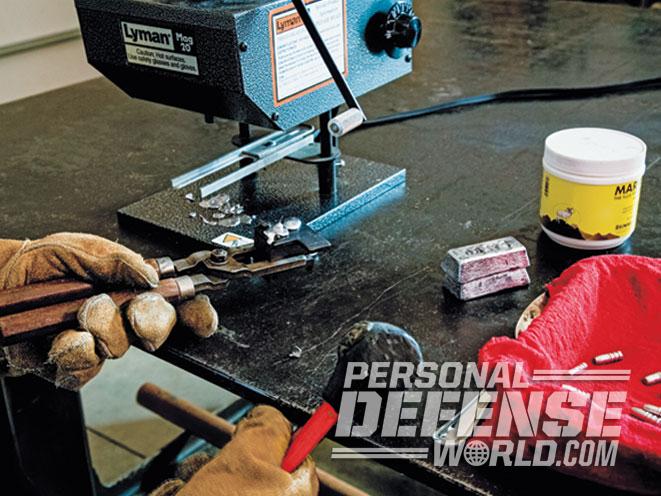 By now, there isn’t a single shooter who has not felt the pinch regarding ammunition costs and scarcity. The same can be said for handloading supplies, but there is one critical component we can have better control over—bullets. You say you want a cost-effective way to feed your favorite rifle? Then learn how to cast bullets and be on your way to stocking up on round after round!

I began casting bullets nearly 40 years ago. You can get started with a minimal investment in equipment. When I started casting, I melted lead in an old iron pot on a Coleman stove. Add a dipper and a mold, and you can turn out very serviceable bullets. As your level of sophistication increases and your budget allows, you can add more tools to your casting outfit to save time and energy.

How to Cast Bullets at Home 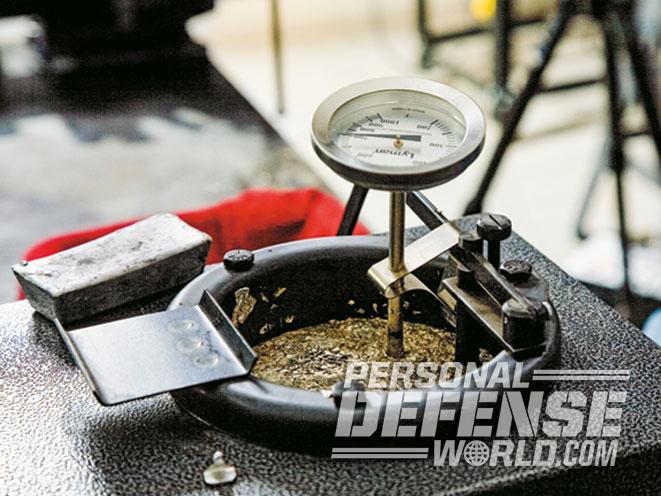 Before we get into the details, we need to be aware of some basic safety rules. Casting involves temperatures of 700 to 800-plus degrees Fahrenheit. The risk of being burned severely always exists. 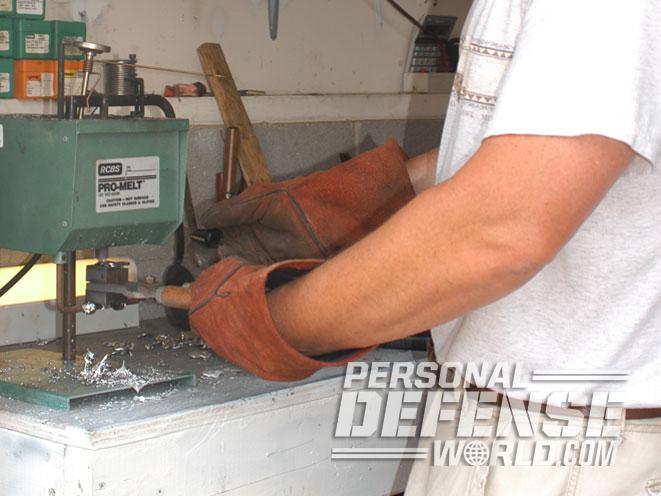 It’s getting more difficult to find a source of clean lead. Wheel weights are a common source—and a good one—provided you know their exact chemical makeup. Lead from wet batteries is never a good idea. Lead plates from these batteries often have arsenic in the plate alloy, as well as calcium. When arsenic and calcium come into contact with the hydrogen generated in the normal chemical reaction in the battery, they form the ammonia analogues arsine and stibine. These are heavy gases once used in chemical warfare nearly a century ago. Very small amounts of either gas can kill you, so the recycling of car batteries for bullets isn’t worth the risk.

RELATED STORY: 9 Handloading Tips to Get Peak Performance Out of Your AR

Rifles tend to launch their bullets at higher velocities than handguns, so the lead alloys needed for rifles must be harder. On the Brinnell hardness scale (BHN) you want it to score about 15 and be able to go up to about 2,000 fps. Between 2,000 and 3,000 fps, a harder alloy like linotype is preferred.

Many bullet casters add a gas check—a shallow cup of copper that is crimped to the base of the bullet—to attenuate leading and allow the bullet to be driven even faster. Gas checks cannot be added to just any cast bullet. The design of the bullet must be adjusted to allow the gas check to be installed without damage to the bullet. Frankly—and this is nothing more than a personal prejudice of mine—I find gas checks to be more of a hassle than the benefits derived. I personally am able to get away with this because I don’t attempt to turn my cast-bullet loads into super-fast magnums.

Most bullet casters melt their lead supply into a homogenous alloy to maintain consistency and cast the alloy into 1-pound ingots. This yields a supply of clean lead alloy that will produce bullets of identical weight and hardness—two critical characteristics for accuracy. 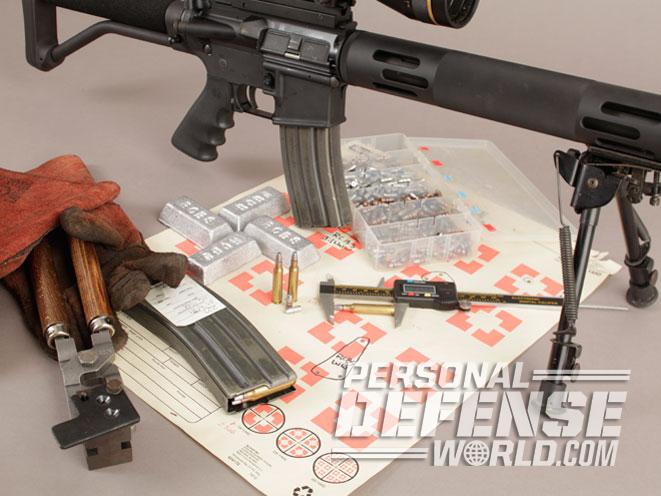 If your desire is to produce hunting bullets, for example, you first need to address the overall design. The best terminal performance comes from heavy-for-caliber bullets with a relatively large, flat méplat. Typically, hunting bullets are cast from harder alloys so they can be driven faster, but the harder alloys cannot be counted on to expand or rivet the way jacketed bullets do. A large, flat méplat transfers the energy of the bullet more effectively than a round-nose or pointed bullet. There are some casters who heat-treat their hunting bullets in order to get them to deform in animal tissue, but that is a subject for another article.

Many shooters slug their barrels before purchasing a mold and sizing die. To slug a bore, take a soft lead round ball slightly larger than the bore—fishing sinkers are a good substitute—apply a generous amount of gun oil to it and tap it into the barrel with a wooden rod. Once in the barrel, give it a sharp rap or two to ensure it upsets to fill the bore, and then tap it through the barrel. To keep it from deforming as it exits the barrel, make sure it lands on a soft rag. Measure the diameter with a micrometer across the high point—that’s your groove diameter. Your cast bullets should be that diameter (or perhaps 0.001 inches larger) for the best accuracy. If you are lucky enough to have the as-cast diameter of the bullet match your bore, then all you need to do is lube it and load it. 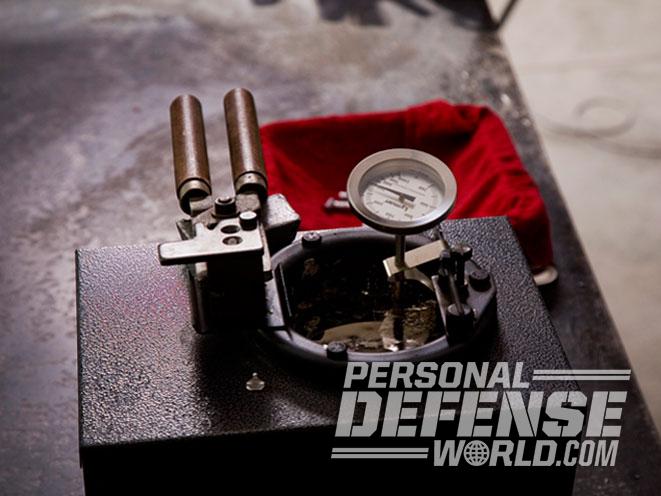 All lead bullets need lubrication if you expect accuracy and don’t want the bullets to lead the barrel. Commercial lubes are available, but a lot of casters prefer to make their own. Recipes for bullet lubricants are as many and varied as politicians; each is touted by its inventor as the best there is, so check for yourself.

Pan lubing is the simplest method of lubricating bullets. As the name implies, take a pan (not one of your cooking pans, but an old one you can dedicate to this purpose), pour in some melted bullet lube with the bullets standing upright in the pan, and allow it to cool. Picking the bullets out of the pan can be messy so most who use this method of lubrication use a wad punch to punch out the bullets.

Some bullet molds just won’t throw bullets at the correct diameter. That’s when you need to size them. The best way is to invest in a lubrisizer—a tool that lubricates and sizes bullets with a diameter-specific die simultaneously. Lyman and RCBS offer two of the most popular lubrisizers. 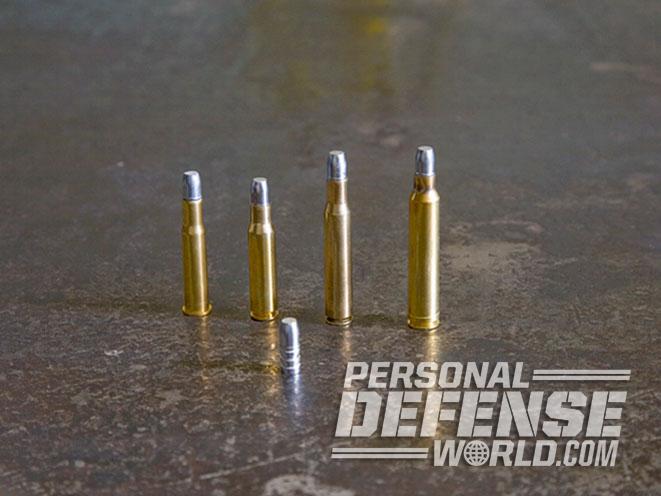 Do not attempt to use jacketed-bullet-loading data with cast bullets. Some loading data for cast bullets is available through Hodgdon, and Lyman has a Cast Bullet Handbook that should be on every handloader’s bench.

Shooting cast bullets can be addicting because you can get more shots to the dollar, and because cast bullets are perfectly satisfactory for more than 90% of your shooting. If you are looking to get more bang for your buck, then this might just be the ticket!