"...by doing your homework well before an incident takes place, you will not be a panicked, helpless victim as your captors may hope, but someone ready to do whatever is necessary to thwart their malicious plans."

1
SHARES
395
VIEWS
Share on FacebookShare on Twitter
One minute you’re jogging down a familiar street, and the next, you are followed, grabbed, and thrown into a van. The abductors are either strangers or more commonly, people known and trusted. Unfortunately, situational awareness and how to avoid getting kidnapped are not a part of the modern education curriculum so the onus is on ourselves to know how to stay safe.

Kidnappings occur for numerous reasons throughout the United States, but more often than not, the kidnapper or kidnappers pursue a sexual interest in a female. It may be to satisfy their own insatiate needs or, far worse, to sell the abducted woman or girl into a life of prostitution through sex trafficking. Abduction for murderous intentions is also a nightmarish possibility from mentally disturbed individuals that follow their own twisted agenda.

From affluent neighborhoods to small towns or the inner city, an abduction can occur nearly anywhere at times when the victim least expects it. With the inundation of horrific headlines concerning female abductions on the news regularly, there seems to be little that can be done to prevent this from happening. But that isn’t entirely true. A woman can decrease her chances of becoming a statistic through a combination of emotional control, mental strength, and explosive physical means when push comes to a possibly deadly shove.

The chances of becoming a victim of a kidnapping, as well as many other serious crimes, can be reduced greatly if you increase your awareness of your surroundings. This is step one of how to avoid getting kidnapped and can be more easily accomplished than most people think. The difficult aspect for people is giving up their attention-consuming routines, such as talking on the phone, listening to music via headphones, and having their heads buried in social media and other such apps and services. Information technology has indeed come a long way, but it does nothing to help prevent an abduction from occurring. In fact, it helps it. 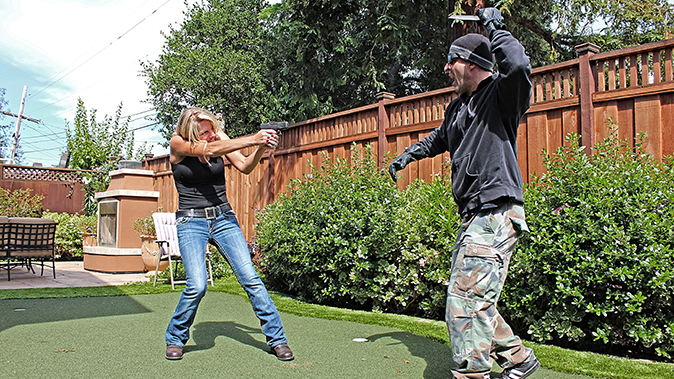 It has become so bad that common sense is secondary to the plethora of luxuries that the portable handheld “computers” we call phones can provide. As such, it may put you in danger that could easily have been avoided. You should always scan the path in front of you with your head up high, exuding confidence as you walk. Look side to side occasionally, and if you feel that someone is watching you, make eye contact with them. Let them know you know about them. Being engaged with your scenery (and those in it) are part and parcel of how to avoid getting kidnapped. This alone can be a great deterrent.

Part of knowing how to avoid getting kidnapped is to employ measures that can determine whether or not you’re being watched. If you feel you are being followed, but are unsure, stop to tie your shoe and see if anyone around you slows down their pace as well. You can always go to the nearest crowded public place and call the police just to be on the safe side. Cars driving at your pace in the adjacent street, or suspicious vans parked tightly next to your car in a parking garage, should give you pause. If something doesn’t feel right, trust your inner voice and err on the side of caution. Alert the police of all suspicious situations.

You would think that if you are threatened with a weapon, you should do exactly what a kidnapper tells you to do. It would make sense to most, but it would be wrong. Your chances of survival decrease considerably after you are taken away from an abduction scene, instead of fighting your way out right there on the spot. The longer you resist, the more likely you are to attract attention to your location, and attention is exactly what a would-be kidnapper doesn’t want. He also doesn’t want a target that will be too difficult to get under his control.

Be that person—or more specifically that problem—who kicks, yells, scratches, bites, pokes, and attacks like a ferocious animal. You need to become too much for him to handle. This in turn increases the likelihood of him letting you go and running off. Add to the mix a myriad of personal self-defense items that you can employ to your advantage like batons, mace, knives, stun guns, and even your car keys to further cause him to give up on you and find an easier mark. 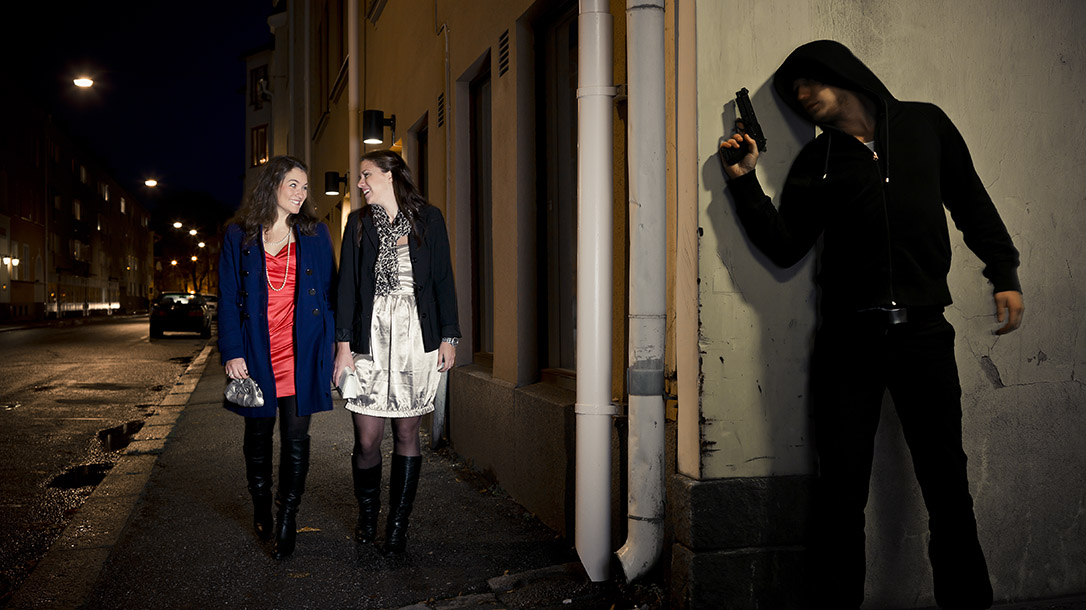 What to Do If You’re Kidnapped

Being aware of your surroundings and fighting back doesn’t always work as planned. The very scary possibility that you may be taken and held captive at some unknown location is very real. But this isn’t necessarily the end of the road for you—not if you use some common sense and practical tips and tricks.

First, calm yourself. After being on the losing end of an attack, your adrenaline may be flowing, and panic or shock may set in. As difficult as it may be to do, relax your body and mind. You’ll need your senses to be at their fullest to ascertain facts about your abduction. Try to determine how many men there are, if they are armed, and what they look and sound like if they aren’t disguised. Also, make mental notes of the approximate time you are moving in the vehicle and any sounds or landmarks. Take inventory of your own physical state, such as visual injuries, internal pain, or broken bones, and the state of your incapacitation. You need to figure out if you can move at all.

In all honesty, these tasks aren’t easy to achieve, especially when put into a situation that most people would consider a nightmare. But if you can only accomplish a few of these suggestions, it will give you an edge to survive over those who do absolutely nothing but break down and give up.

When you’re held captive, your inquisitive mind must never stop working. Knowing why you were abducted will give you insight as to how and when to plan your escape. Was it sexual in nature? Were you taken to be held for ransom? Was it revenge for something you did to someone? Were you in the wrong place at the wrong time? Your time kept alive will be determined by your worth to your kidnapper(s). Those abductors with severe mental illnesses or those part of a larger political agenda are “loose cannons,” and the possibility that they will kill you at any time is very real and must be considered. 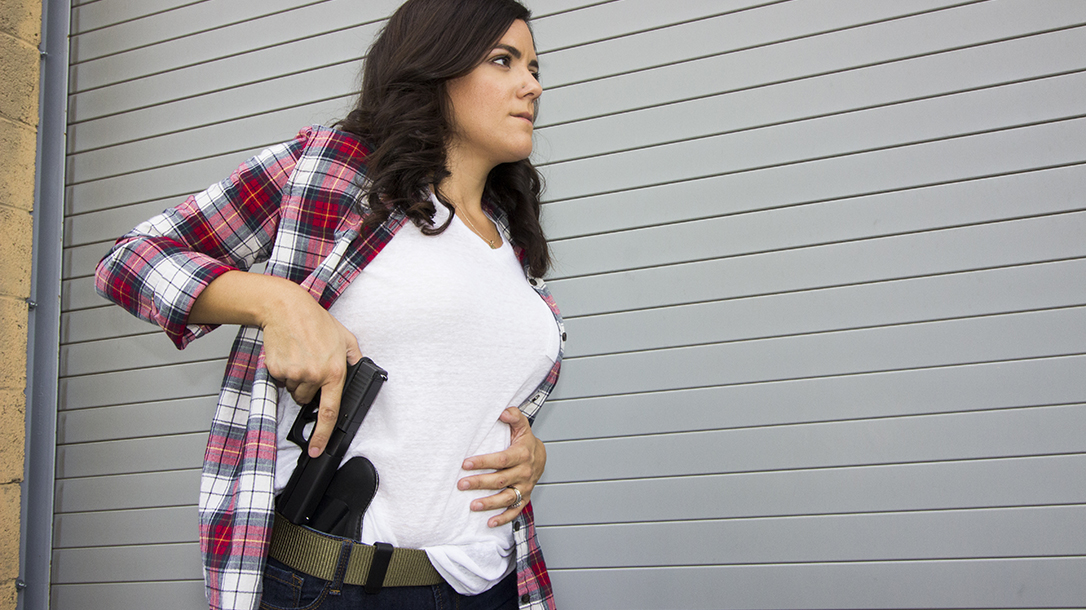 Your job is to be cooperative, calm, and not a troublemaker to your captors. Don’t overdo the niceties, just don’t be a thorn in their side. All the while you should continue to learn their routines, gather intel from them discreetly, and plan your escape when the time is right. You need to play the game, depending on the mental state and overall intelligence of those who kidnapped you.

When is it time to escape, or when do you wait to (hopefully) be rescued? These questions will be determined by clues given to you by your captors. If you’re taken for weeks or longer, then rescue is still a viable option. A change in how they treat you, however, will be one indication that it may be time to act. If your kidnapper’s mental state goes from docile to violent drastically, you could be at your end. These are the moments when it’s time to implement your escape plan. You must proceed with 100% determination and commitment. Hesitation or second-guessing could get you killed. If you made the determination that your elimination is imminent, you must let loose with everything you have within you to make your escape happen!

Of course, generalities when it comes to abductions, are just that—basic tips and tricks to use if you are unfortunate enough to find yourself in that situation. Every scenario has different factors involved. You, as a knowledgeable and capable person, must read the situation to the best of your ability to know how to avoid getting kidnapped. You must then make the most logical decisions based on your best understanding of said situation. And remember, by doing your homework well before an incident takes place, you will not be a panicked, helpless victim as your captors may hope, but someone ready to do whatever is necessary to thwart their malicious plans.