1 of 5
4 Things You Absolutely Shouldn’t Do During a Home Invasion
So you’ve got your gun. Great. Good for you. If it is dark and you don’t have a light you are still helpless. It might even be worse. Now you’re both helpless and dangerous. 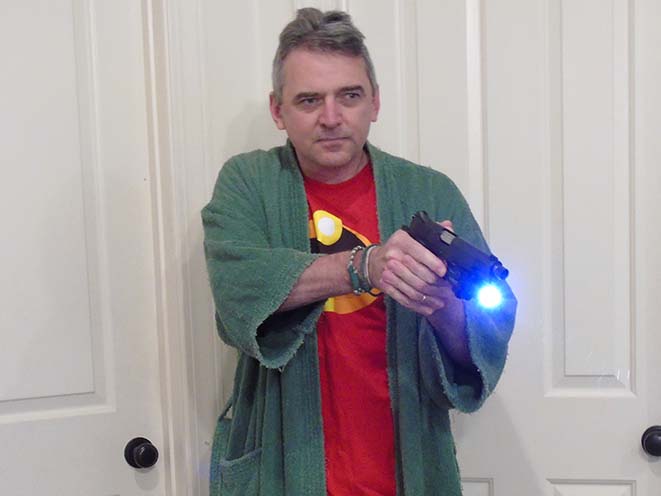 2 of 5
4 Things You Absolutely Shouldn’t Do During a Home Invasion
A gun-mounted weaponlight has the advantage that you cannot lose it. However, you have to be deadly careful with the trigger. 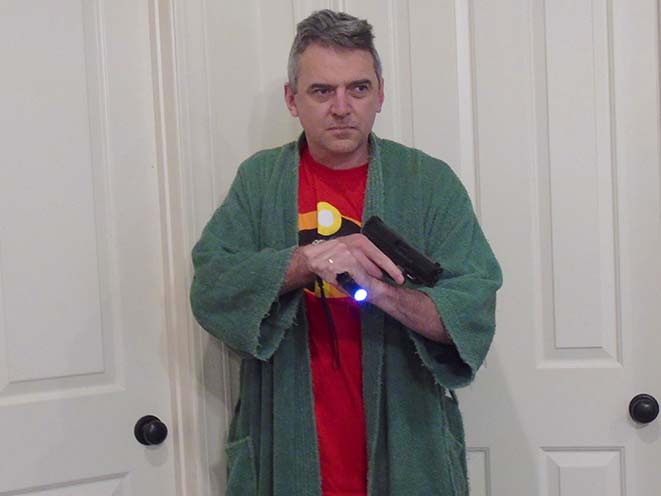 3 of 5
4 Things You Absolutely Shouldn’t Do During a Home Invasion
A separate flashlight has some advantages, most glaringly that you need not point your weapon at something just to see it. However, it takes practice to use a light and gun together well. 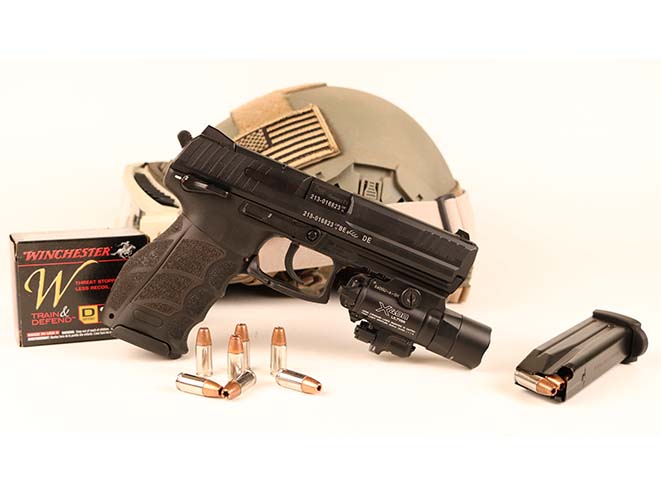 4 of 5
4 Things You Absolutely Shouldn’t Do During a Home Invasion
Most modern defensive handguns sport railed dustcovers, and lots of folks make nice weaponlights. This Surefire X-400 is the top of the heap. 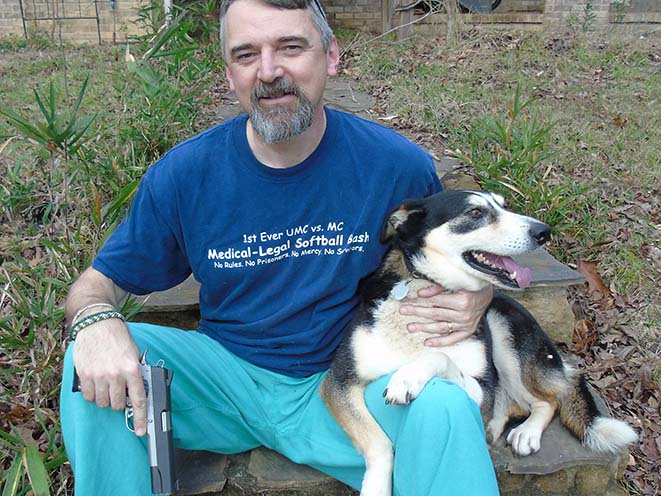 5 of 5
4 Things You Absolutely Shouldn’t Do During a Home Invasion
Our farm dog, Dog, was the culprit in our most recent home invasion. 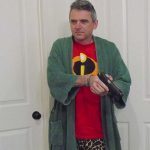 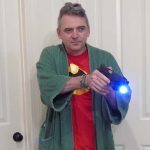 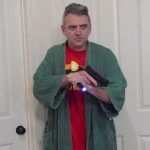 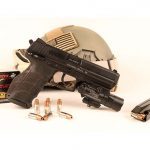 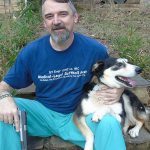 It’s 3:15 a.m. and you are dreaming something ethereal about your wife, a vat full of cottage cheese, and 30 feet of tow chain. Suddenly your reverie is interrupted by the sound of glass breaking downstairs. You are instantly awake. Blood pounds in your head and your heart feels like somebody filled your chest with a whole family of psychotic gerbils on crack. It’s a home invasion.

You are now quivering in the dark beside your bed wearing nothing but your underwear and a handgun. You’ve planned for this, spent enough trigger time with your gun to know how it works, and read up on the subject of personal defense during a home invasion. It’s show time. Now what are you going to do?

I recently found myself in this very home invasion situation (maybe not the tow chain thing, but everything else is accurate). The above bit of prose pretty accurately described my sordid state as I stood there shivering in my undies. You’ll just have to read to the end to see how it all turned out.

This has the potential to be the most important decision you will ever make. What to do now depends upon several factors — some of them contradictory and all of them important. The most critical is to determine the status and location of your family. If it’s just you and your spouse and the cops are close, then great. You are purely on the defensive and enjoy the tactical advantage. Just get your gun, lock the door, call the cops, and hunker down. If you have kids spread around the house, the situation gets more complicated.

You need to have rehearsed this in advance. Make it a game when your kids are old enough to understand. Establish a rally point outside in the event of fire or something else that drives you out of your home. A workshop, storage shed or neighbor’s house will do nicely. Leave a couple of old blankets there so you don’t freeze while waiting for the fire department.

If the scenario is a home invasion, make sure the kids know what to do. Do they stay in their rooms or come to yours? Do they help with siblings or hide under the bed until you arrive? Think it through in advance and rehearse actions on contact until everybody knows what to do. I can tell you from personal experience that you will perform under stress the same way you practice in advance, assuming you practice in advance.

Don’t Forget to Call the Cavalry

Ideally have your spouse do this while you take a more active role. Leave the phone line open and explain the tactical situation so the cops know what to expect. If you are going to be hunting around your house with a gun, the responding police officers need to know that.

A man with a knife attacked a local acquaintance of mine in his home about two years ago. The cops were through his front door less than three minutes after he called them. He lives in the middle of town and there was a patrolman who was fortuitously in the neighborhood. By contrast, we live half an hour outside of town. Ours will be a “come as you are” party for the first quarter hour at least. These are critical pieces of information. Ponder them in advance.

Without a light you will be helpless. Ideally your light will be attached to your gun, that way you cannot lose it. The downside is that you will be pointing a loaded weapon at whatever you want to see. You can’t afford to screw this up if there are kids involved.

Practice both with a weaponlight and with a separate flashlight. In a perfect world, you will have both. Just remember that once you fire up that 500-lumen rail-mounted illuminator, your night vision is gone. Also, use your light judiciously. At a distance a light makes you a great target. Once again, practice is the key.

First, secure the friendlies. The only thing I can imagine that might be worse than being murdered by a home invasion suspect would be to inadvertently harm one of my children. Remember that if there are friendlies about then positive target identification is more important than literally everything else.

Don’t take it for granted that your kids are where you think they are. Your daughter might have dropped her glass of water in the kitchen when she awoke thirsty in the night. Your son might be trying to sneak back into the house after an evening of doing things he shouldn’t. Be careful.

It’s asking a lot considering what’s already on your plate, but before you squeeze that trigger you’ve got to know exactly what you are shooting at and what is behind it. Once again, practice this in advance. Assess spots in your home where you might have to fight. Visualize the angles, work through different scenarios and then keep track of where the precious beating hearts of your family should be relative to the threat.

If some lunatic just barges in during the day then it will be a close, hard fight. Strike the proper balance between accessibility and safety for your firearm based upon the presence of curious little fingers. If you live in a sketchy place or if you have reason to worry, consider just packing on your person while around the house. It’s a pain, but friendly lives have been saved by this practice.

Train as you fight. As the most likely place you will have to fight is your own home you can practice on this same terrain in times of peace. Airsoft guns or one of a dozen or more quality home firearms simulators will help you do just that.

I didn’t have a handy light. I had taken the illuminator off of my pistol earlier in the week and hadn’t put it back. Instead, I groped around for the flashlight that lives in my nightstand, but I had not practiced much with a gun and separate light. I write about this stuff all the time and when the chips were down, there I sat fumbling in the dark with my gear. Had I not been so pathetic it would have been funny.

RELATED STORY: Here’s Why You Need a Home Defense Carbine

My wife retreated into the closet with the phone just like we practiced. There is only one way in and out of there, so I knew she would be safe. My kids are all grown so we had the house to ourselves.

I cleared the house carefully room-by-room, making sure to check behind doors and underneath things. The casa was in good shape. Just about the time I thought I had dreamt the whole thing I heard something crack on the back porch.

There on the porch illuminated by my flashlight was my farm dog, Dog (her name as well as her species), looking guilty. She had rearranged herself in the night and knocked a big glass vase off the back porch. The vase had hit the concrete below and exploded, interrupting me from my slumber. I relaxed, scratched her head to show there were no hard feelings and cleaned up the glass. At the end of the day, though, it was really great training. 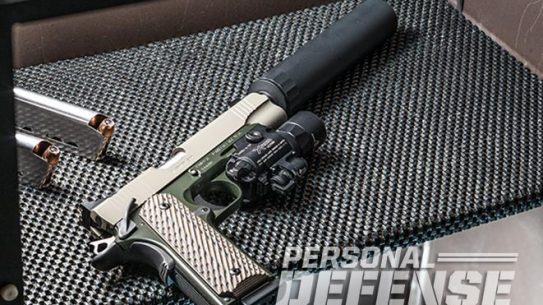 You'll need every tactical advantage available if you're going to survive a home invasion...