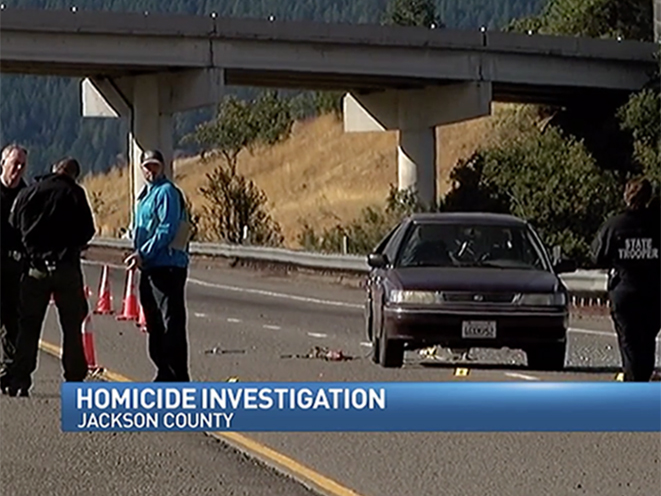 An Oregon killer who fatally shot a restaurant cook and opened fire at motorists on Interstate 5 was then run over by a good guy in a truck over the weekend.

According to KSBW, it all began last Saturday when 50-year-old Neal Norman of Pacific Grove, Calif. walked into Callahan’s Lodge in Ashland, Ore. to use a phone in the lobby after his car ran out of gas. It’s unknown if he reached anybody by phone, but he soon walked out of the establishment, got a rifle from his vehicle, walked back into the lodge’s kitchen, and shot the cook—40-year-old Ryan Bagley—to death.

Norman took off in Bagley’s car. When he reached I-5, he got out, stood in the middle of the highway, and pointed his rifle at oncoming traffic.

Here’s what happened next, via the Jackson County Sheriff Sheriff’s Office press release:

The first vehicle known to encounter Norman was a gray 2015 Ram Crew Cab pickup driven by Thomas Bradley Moxon, 49, of Eagle Point. Moxon initially stopped when he encountered the Subaru parked in the roadway. Norman then appeared and shot at Moxon’s vehicle, hitting it at least three times. Moxon drove forward and struck Norman with his vehicle, causing fatal injuries. A juvenile was also present in the pickup and witnessed the incident. Moxon drove a short distance to safe location, and then called 911 to report that he had struck a man with a gun on the roadway.

Moxon is unlikely to face charges as a result of the incident.

“We’re thankful for that individual and his ability to act under pressure,” Jackson County Sheriff Nathan Sickler told the Ashland Daily Tidings. “I think he prevented other tragedy.”

Meanwhile, authorities spoke with Norman’s family, who said they were “surprised” by Norman’s actions, though they also stated he had undiagnosed mental issues.

There’s no known connection between Norman and Bagley, who died at the scene. 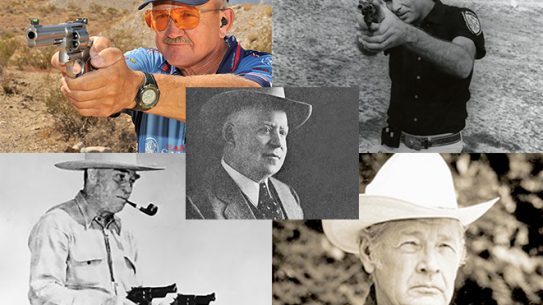 These five hall of famers left their indelible mark on the world of revolvers...