Before we get started with the article, are you interested in winning the Walther CCP M2? ENTER HERE on Personal Defense World before Dec. 24, 2018 for your chance to win a $723 Walther CCP M2 prize pack!

For the past 10 years, the ever-burgeoning world of concealed-carry and personal-protection firearms has continued to grow and dominate handgun development. Additionally, with the invention of metal-injection molding, three-dimensional printing and CNC machining, manufacturers have become far more reflexive to the needs of consumers and more adaptable than ever before. This is evident in the evolution of the Walther CCP M2. 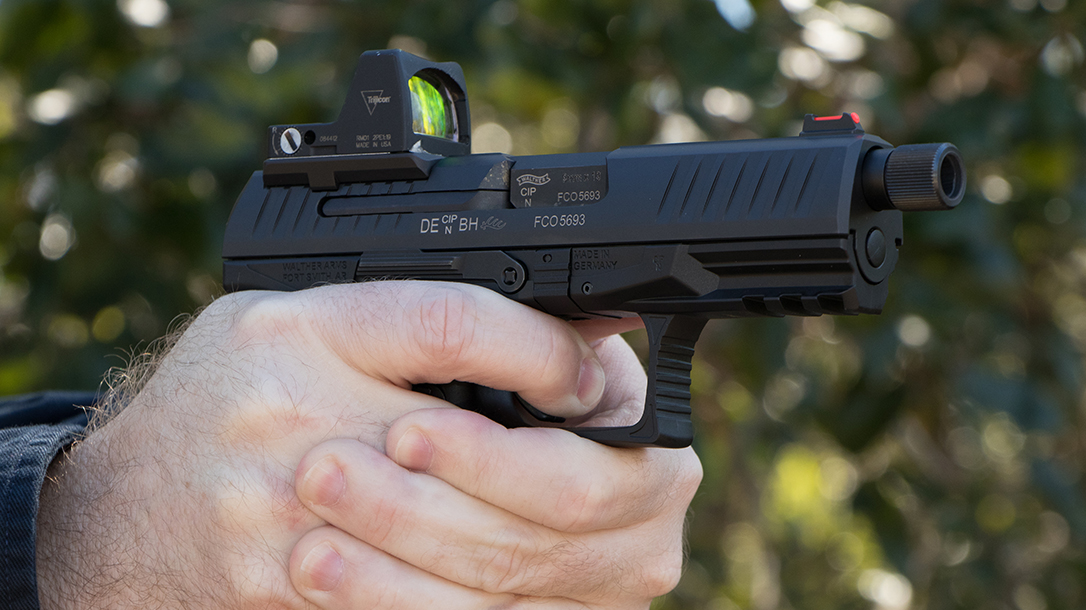 The legendary manufacturer from Ulm, Germany, is dedicated to capturing your heart and mind. In fact, when it comes to concealed-carry firearms, Walther has embraced American features, as well as sculpting in ergonomics that lead the industry.

When the original CCP was announced in 2014, it too capitalized on unparalleled ergonomics. This has since become a staple for the entire Walther line. The trademarked “Softcoil” technology takes the blowback piston design from the venerable HK P7 and brings it into the 21st century.

Walther captured a lot of attention with the M2, which, unlike the original, does not require any tools for disassembly. However, cleaning is a necessity due to the piston design and its gas and carbon venting. The original also had a rather long and deliberate trigger pull.

Comparing the CCP M2 side by side with the original, the dimensions are identical top to bottom and front to back. Additionally, Walther brought back the red cocking indicator at the rear of the slide on the CCP M2. This allows the user to assess condition of the gun in the heat of the moment and was absent on the original CCP.

To test the CCP M2 in its role for concealed carry, I pulled a few common loads from Hornady, Winchester and Inceptor that represent everything from reactive ammunition to a full-on injection-molded bullet design.

My Critical Defense groups were tight and predictable. It’s not hard to believe that the pinned-barrel design of the CCP delivers incredibly tight groups and promotes flat shooting.

Up next were the Inceptor ARX, which originally made me skeptical because it looks like space ammo. But there is genius in the design of the slopes molded into the ARX bullets. In the CCP M2, this load shot every bit as well as the Hornady and even delivered less recoil.

Bringing up the rear were Winchester PDX1s. The recoil here was greater than the previous loads with groups that were just as respectable. The CCP M2 is identical to all other Walthers in its ability to deliver a highly accurate shooting experience—essential for any handgun but downright critical for anything in the realm of everyday carry.

People love the CCP and those grumpy about its clumsy takedown will find the tool-less takedown procedure on the Walther CCP M2 a welcome fix. The red cocking indicator is another great addition.

The magazine release can still be changed from left to right sides, and the ergonomics easily put this pistol in the top five among single-stack 9mm pistols. The Achilles’ heel, however, continues to be a trigger. The lack of a true measureable break and reset make for the only negative mark against an otherwise solid, accurate and consistent performer.

When it comes to everyday carry, Walther knows what it is doing. Walther has listened to all of the criticisms that the American market has bestowed upon it, and it shows in spades!

This article is from the January/February 2019 issue of Combat Handguns Magazine. To read the entire article, grab your copy at OutdoorGroupStore.com. 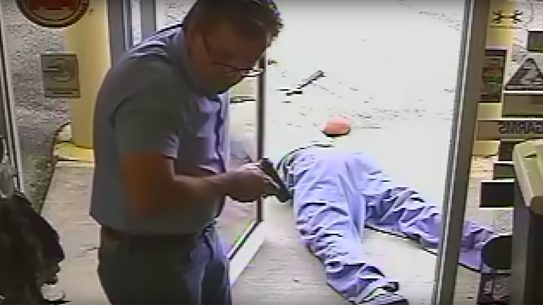 Lakeland Commissioner Michael Dunn has been charged with second-degree murder for shooting a suspected...